Minority and marginalized communities have historically been underrepresented in local and federal governments and in dozens of private sectors globally. Pharma is no different; there exists a steep chasm that drugmakers have yet to bridge concerning research and trials. The longer this gulf exists, the harder it becomes to address – the feelings of mistrust, resentment, and disenfranchisement only get harder to overcome with time.

Over the last decade, the pharmaceutical industry has had a concerted push to improve the situation, but it’s not moving fast enough toward a solution. The time has come to rectify this situation once and for all.

Among industry-sponsored trials, there has been less progress towards inclusivity when compared with the public sector. The FDA reports that 75% of clinical trial enrollees were white, while just 8% were Black and 6% were Asian. A study funded by the National Cancer Institute (NCI) further found that 9% of those participating in its SWOG Cancer Research Network trials were Black, compared to fewer than 3% in trials sponsored by pharmaceutical companies.

Historically, one barrier has been a lack of medical facilities with the capacity to host clinical trials in underserved areas. One NCI study found that more than 75% of patients don’t participate in trials simply because there are no studies in their community. Additional barriers included distrust of clinical trials, insufficient information about how to participate, limited time and/or resources, and lack of awareness.

Addressing the issue requires more than simply increasing trial availability in underserved areas. It should also incorporate patient education about those trials and how to get involved. This can include altering how trials are designed and where they are located, employing a diverse staff of recruiters and physicians, and creating trials designed to function with minority group participation in mind.

Testing medical treatments on populations that represent a limited portion of the nation’s demographic leads to blind spots in research findings. The U.S. population is highly diverse, made up of a wide range of genetic heritages and backgrounds. Physiological differences between groups can affect how people respond to treatments and even their willingness to participate in treatment.

The scientific method is null and void if data sets are incomplete. Yet a multitude of clinical trials continue to enroll smaller, homogeneous groups of patients who predominantly reside within a short travel distance of major trial sites.

These factors should ring alarm bells for any drugmaker needing to understand the efficacy and side effects of its medications being tested. Incomplete data is a risk to patients, attending physicians, and a financial and reputational risk to the business.

Including a broader group of people across demographic and geographic groups can boost trial speed and efficacy. Trials that include a genuinely representative patient mix are more likely to be effective than those that only target a narrow portion of the overall population. This efficacy is because testing a medicine on a participant group that doesn’t match the demographic profile of the larger targeted population can have unanticipated post-approval results. Additionally, pharma companies that run fully representative trials are more likely to experience greater success in securing FDA approval for their medications.

In cases where suitable trial sites aren’t available, distributed testing where some elements of trial participation are performed at locations that aren’t fully functional trial sites can provide a means of enabling broader geographic coverage. These patient-centric trials can also benefit from using community sites to allow patients to perform many trial functions close to where they live. These sites help sponsors recruit a more representative patient population, thereby avoiding delays and lowering associated costs.

Greater patient participation enables speedier, less costly trials. Integrating smaller community sites helps reduce costs even further by increasing patient participation without the added expense of setting up fully equipped clinical sites in new areas. Additionally, a wider prospective candidate pool can reduce recruiting time. This is key, because when trials are delayed, costs go up. One study found that opportunity costs run from $600,000 to $8,000,000 each day a trial is delayed.

Another financial benefit of broader demographic participation is better detection of side effects. When specific populations are excluded from clinical trials, the result can be a limited picture of the treatment’s actual impact on the broader population.

The discrepancy between a trial’s reported and actual outcomes post-approval can result in an FDA black box designation, requests for additional trials in underrepresented populations,  and millions in lost revenue.

In the public sector, significant progress toward diversity has already been made. NCI, for example, reported a 14% increase in minority participation among clinical trials it has funded over the past decade.

There has also been movement at federal agencies to encourage broadening the scope of the populations sampled in clinical trials. The National Institutes of Health requires grant applications to include plans for recruiting women and members of minority groups. The FDA has also released guidance focused on expanding eligibility criteria, discouraging unnecessary patient exclusions, and enhancing the recruitment process to attract diverse patients.

The trend toward engaging underserved groups in clinical trials continues to gain momentum – for good reason. An equitable, inclusive approach to designing, recruiting for, and implementing clinical trials will generate more robust, diverse data and improve the drug development process.

Further, in the long-term, greater clinical trial inclusivity will improve access to medical innovations by minority and marginalized populations – which improves the health of the nation as a whole.

Liz Beatty is chief strategy officer, Inato, where the company is building the world’s first clinical trial platform to create greater visibility, access, and engagement across a more diverse population of doctors and their patients.

Love: Stepping forward or hanging back?

The matriarchy is all around us, but I feel it most in the practice of medicine 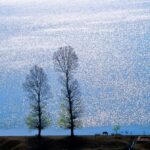