Imagine losing control of your child’s life-saving care. The mental anxiety is overwhelming enough – then suddenly, all the decisions that should be up to your child, you, and your child’s physician are snatched out of your hands by faceless institutions. This is the fate currently befalling the families of transgender youth in Texas.

The Gender Education and Care, Interdisciplinary Support Clinic (GENECIS) in Dallas, has been effectively shut down, reducing the capacity for gender-affirming care across all of Texas. For the past seven years, the clinic provided interdisciplinary care to transgender youth, including primary, endocrine, and psychiatric care. The clinic’s closure was followed by an abrupt statement from its parent institution stating that it would “cease offering puberty blockers and hormone therapies to new pediatric patients” due to the lack of evidence of long-term effects and lack of FDA approval. We believe GENECIS should be reopened due to its critical role in providing gender-affirming care to the youth of Texas.

The GENECIS clinic has followed all of these, so why then would it need to be shut down? GENECIS clinic’s parent institution argues gender-affirming therapy is too risky. For instance, the long-term effects of off-label leuprolide use have not been fully studied. However, a reasonable counter-argument can be made that the medical benefits of blocking puberty outweigh the medical risks; the studies above suggest that transgender youth receiving these therapies demonstrate better mental health outcomes including suicidal ideation, non-suicidal self-harm, depression, and anxiety as opposed to their peers without stated therapy. Therefore, withholding gender-affirming care is also a care decision with well-characterized negative impacts. GENECIS’s work has also encountered political opposition in Texas. Public officials argue that gender-affirming care constitutes child abuse and have attempted to investigate families whose children have been treated by this clinic. Though this may possibly be a well-meaning public and political concern for these patients, given all of the evidence for gender-affirming care, how could this patient-parent-physician decision-making possibly be considered child abuse?

Perhaps, rather, this concern for transgender youth is rooted in political, social, and medical discrimination against transgender youth, limiting life-saving opportunities and “medically necessary” treatment. Dr. Ximena Lopez, previously director of the GENECIS clinic, is currently filing a lawsuit on the basis of such concerns. The closing of GENECIS exposes just how fragile transgender health care protections can be in the United States. You can encourage your medical institutions to support Dr. Lopez’s lawsuit investigating the potential for medical discrimination. Unfortunately, political encroachment around these medical topics is inevitable as the government is meant to care for its constituents. We need to encourage fact-based policy rooted in academic guidelines. If the concern revolves around issues of safety, then why not funnel more resources into such multidisciplinary clinics and more rigorously study those long-term effects as we would with any medical therapies? Even if this clinic were to reopen, this does not address the significant lack of accessibility for transgender health across Texas and across the nation. We need to encourage more medical centers to open and fund such interdisciplinary initiatives, so that transgender patients do not have to travel across states for such critical care. It is estimated that there are over 1.4 million individuals identifying as transgender in the United States, and these individuals deserve better.

The authors are an anonymous medical student and a physician.

It's time to flip the script on peer evaluations 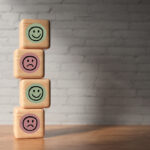 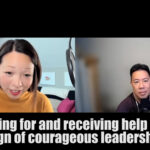 The path to gender-affirming care is closing: We need to open it
16 comments