“Death would not be called bad, O people, if one knew how to truly die.”
— Nanak

Her funeral was yesterday, and there was a huge turn-out. She was 67 and never cussed or said a bad word about anyone. She was much-friended and well-loved. In late January 2022, she was diagnosed with stage-4 cancer in her lungs, which metastasized to her liver and bones. At first, some medico used the word “terminal” and talked about “comfort care.” After all, cancer in three locations is news everyone dreads, and she was already having severe breathing issues from pneumonia. While in the hospital, they did an MRI and CT scan, and the family was told they had to wait for the results, so they waited, but they all knew how bad it was. She said she just wanted to go to the beach one last time and hug her four grandkids, all under age six; one born ten days before her diagnosis.

Instead of meeting with the palliative care team, who most likely would have recommended hospice, oncology took the lead.

She and her family met with her oncologist a week or so later. Instead of meeting with the palliative care team, who most likely would have recommended hospice, oncology took the lead. As is often the case, different doctors look at symptom management differently. The palliative care team supports the patient’s body, mind, and spirit, optimizing the quality of life for patient and family while reducing suffering in the final months or days. The oncologists focus on the disease and how to treat it. To them, failure is not an option.

They are holding out false hope while fighting against precious time.

Her oncologist “talked her into” taking the latest immunotherapy treatment, not a cure, but something to make him feel like they were doing something in an effort not to fail. This is not the first time I have heard this; it happens more often than not in my end-of-life work. Once she started the treatment in mid-February, he assured her and the family she’d feel better, and her appetite would return once the drugs kicked in, maybe “6-8 weeks.” They held out false hope while fighting against precious time. The treatment made her feel worse and delayed her going into hospice.

I could see how this was going to play out but could do nothing to stop it. I sent articles on comfort care, palliation info, and hospice benefits, but it was her decision to try to treat. Her two daughters, who adored their mother, told me individually that they thought she should have been on hospice from the start. One confided, “how do you tell your mother she should be on hospice?” Instead of making the most of the time she had left, which is the promise of hospice, she told them she didn’t want to “disappoint” her oncologist by “giving up.”

The tumors were winning and taking over her lungs.

She went into the hospital ER again for a severe breathing problem brought on by another pneumonia. This hospitalization was the final time. The generalist in a small rural hospital couldn’t believe she wasn’t already in hospice. He said her death was “imminent.” The tumors were winning and taking over her lungs. Even without tests, he could see how she was struggling and suffering. She went into hospice that afternoon. The hospice nurses, as usual, called it right; she had just a day or two left. The tumors finally won.

Many oncologists promise the moon and give people false hope, essentially lying because their discipline sees death as failure and not a natural part of life. Her daughters told me they wished the oncology doctor had told their mom and family the truth and not “lied about some miracle therapy.” Dr. Atul Gawande, in his seminal work, Being Mortal, is seen talking to the widower of his cancer patient, Sarah, a new mother who died from lung cancer. She spent her final week enduring brain radiation and was scheduled for more experimental therapy. Dr. Gawande told the husband he regretted telling them an experimental lung cancer treatment might also cure her thyroid cancer. He says the reason he regrets it is “because I knew it was a complete lie. I just wanted to have something positive to say.” The husband said he regrets chasing one useless therapy after another, always hoping for that elusive cure but, in doing so, sacrificing any quality time they might have had.

She died in the hospital with her family around her, but everyone had a bad death.

In their hearts, her daughters just wanted their mother to make the most of the time she had left. She never made it to the beach or hugged her grandchildren. From diagnosis to death, it was two short months. During those weeks, she waited for test results, went back and forth to the hospital to drain her lungs, and was on infusions for a useless Hail Mary treatment, all of which robbed her and her family of precious time to talk about what mattered most. She died in the hospital with her family around her, but everyone had a bad death.

Althea Halchuck is a patient advocate. 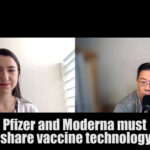 How to retain more of your hard-earned money 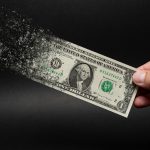 A bad death: the importance of truth-telling at end-of-life
8 comments