I’m an RN and clinical informaticist. When I was studying health care informatics, I learned about physician resistance. The idea is that physicians are uniquely resistant to EHRs and health care information technology (HIT) apps. If only they went to more training or spent more of their limited time customizing their preferences, they would get the benefits of the EHR. For years, I believed this to be true.

Yet, I had difficulty reconciling this belief with my knowledge of many physicians who openly embraced medical technology. Before going into informatics, I had been an ICU and ER nurse at teaching hospitals. The doctors I had worked with did not balk at seeking out new, innovative technology. Nor were they luddites in their personal lives. They adeptly used innumerable apps to communicate or manage their lives. These same skills are integral to health information technology apps.

My first job in informatics was to implement EHRs. I traveled around the country, implementing solutions in a variety of settings. Rural, urban, community, teaching-I saw it all. Regardless of the setting, I heard the same general complaints over and over again from physicians.

“This program is only for insurance. It doesn’t help me.”

“This is work a secretary should be doing.”

“There are too many clicks.”

I bristled hearing this feedback. I thought that physicians simply saw using the EHR as demeaning. I wanted them to get on board, go to more training, spend more time customizing, and move on. Slowly, I began to understand that either there was a grand conspiracy among physicians to reject EHRs, or EHRs were fundamentally flawed.

Two years ago, I learned about user-centered design. My viewpoint was irrevocably changed. Physicians were not rejecting the EHR. They were rejecting systems that fundamentally disrupted their lives and were unusable. The average physician spends 86 minutes at home every night to catch up on their EHR documentation. This is unacceptable.

User-centered design looks to solve issues for the user. Usability is an attribute of any software application or website. The Neilson Norman Group, experts on usability, list five components of usability:

Looking at EHRs through this lens, I do not see many of them as being very usable. If they were learnable, it would not take eight hours of training. If they were efficient, physicians would not have to spend an average of 86 minutes further documenting at home. If they were memorable, anyone returning from a vacation would not need assistance to complete needed tasks. If they were satisfactory, there would be acceptance for them. In addition, EHRs often place a high cognitive burden on the user. They expect the user to tool with settings and preferences to get to a basic starting point.

Having now studied user-centered design, the flaw is in the EHR. The EHR does not seek to provide the same usable experience one would have shopping or texting. There is no excuse as to why EHRs can not provide a satisfactory user experience. Physicians and all clinicians deserve better.

Leigh Wiley is a clinical informatacist. 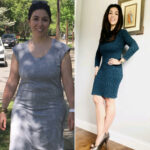 Changing how we think about "difficult" patients [PODCAST] 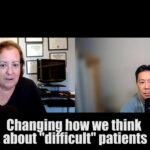 The myth of physician resistance
6 comments