While the mental illness patient is afflicted by very real and painful feelings, these feelings are internal and not visible to others. The indications of the condition then, whether those of depression, anxiety, or even hallucinations, can be said to be invisible to observers — family, doctor, etc. — in fact, to everyone other than that individual sufferer of mental illness.

A constellation of signs and symptoms is often used to describe a clinical condition or disease. These terms, while often used interchangeably, are very different.

A sign is something that is measurable, something that an observer can see or measure. Signs differ from symptoms in that they are seen and confirmed by the clinician. Signs would include temperature, pallor, heart rate, blood pressure, and others.

A symptom is something that is described by the patient, such as malaise, nervousness, pain, and others. Symptoms cannot be seen or measured, but rather must be related to the observer.

The sufferer of mental illness is aware that everyone around him cannot see his suffering. This invisibility often leads to a feeling that others do not believe they are suffering. Their feeling about the beliefs of others is a distortion of fact. A malinger falsifies their symptoms to gain some benefit. Most people do not believe that the sufferer of mental illness is a malingerer, but rather they just do not understand the nature of their symptoms. The observer cannot get in the sufferer’s head to evaluate the feelings.

Sufferers of mental illness often believe that others feel they have control of their symptoms, only having to decide to not be, for example, depressed. While they themselves suffer the symptoms of mental illness, they often have the feeling that they should be able to control them. Depending upon their experience, the observer of the mental illness sufferer believes that the patient can decide to some extent to not feel the symptoms.

Others feel that the mental illness sufferer is somehow to blame for their suffering.

When observing someone with mental illness, the examiner does not see signs referable to the condition. Information concerning the patient’s clinical condition consists entirely of symptoms and must be related to the clinician. There are no true signs of mental illness, but rather feelings; conditions that are inside, and hence invisible to everyone else. This invisibility leads to feelings of isolation and the destructive feeling that their suffering is by the fault of themselves. 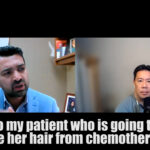 5 ways that health IT can improve health equity