Oh no, it’s a doctor hopper. You know who I’m talking about: the patients with twenty previous doctors documented in their chart. The ones who took years to be diagnosed. The ones who still have not been diagnosed, but insist something is wrong. They’re just jumping around until they get their way, you seethe.

Every doctor’s appointment is a commitment of time and money for a patient. I think I speak for a lot of us when I say that we’d greatly prefer it if things went right the first time. Unfortunately, that’s not always the case. If one of your patients has hopped, instead of immediately assuming they’re a problem, consider this: they’re trying to find the help that will allow them to stop hopping.

1. Uncommon conditions aren’t always spotted. I was diagnosed with primary immunodeficiency via objective laboratory testing supported by a documented clinical history of frequent infections over several decades. I had my first infection at six weeks of age. I wasn’t diagnosed until I was in my 30s, despite being sick for most of my life. The answers were there. The doctors I saw just didn’t know where to find them.

That’s not a slam on doctors. It would be silly at best to believe that anyone could recognize or understand every single issue that occurs in the human body. NORD lists more than 7,000 acknowledged rare conditions. There are hundreds of types of cancer. Diagnostic criteria change all the time. I’m preaching to the choir here.

What it means is that someone with a less common condition may very plausibly visit many doctors before they find one who recognizes the issue at hand, knows which tests to order and how to interpret them.

Many illness advocacy organizations offer CME courses and other education and awareness materials aimed at medical professionals. They have directories of knowledgeable physicians for patient reference. Why? They know many doctors don’t recognize these conditions. Conventional wisdom exhorts doctors to look for horses, not zebras, when they hear hoofbeats – but the zebras do exist.

2. Insurance. Over the years, three of my specialists stopped accepting my insurance. I lost another when my coverage changed. Two more left the hospital system where I’m treated. That’s six times I had to change doctors through no fault of my own. Patients and doctors both change jobs and insurance and can be left behind.

3. Insurance 2.0. Instead of allowing patients to see the out-of-network doctors who might be best suited to their case, insurance will often insist they see every single in-network provider first. Doing that dance is sometimes the only choice a patient has.

After I was diagnosed with primary immunodeficiency, my cardiologist and immunologist both thought I should see a geneticist. The only doctor in-network in my area was an obstetrician that dealt only with high-risk pregnancies, not testing or diagnosing adults. The HMO still insisted I needed to see her before they would consider an outside referral, so I wasted an afternoon on a completely pointless appointment.

Forcing patients to see five doctors who can’t help them to see the sixth is a waste of everyone’s time. It’s also very common for American insurance carriers. Don’t hate the player; hate the game.

4. The office staff. I finally received authorization to go out of network and saw a clinical geneticist who was brilliant, kind, and made good recommendations. Unfortunately, his office staff was awful. Scheduling my initial appointment took more than a month because it was nearly impossible to get anyone to pick up the phone, return voicemails or reply to emails. After my appointment they refused to get authorization for the genetic test panels the doctor had ordered, claiming it was primary care’s obligation. Primary care, in turn, stated that there was no reason genetics couldn’t do the prior auth. The stalemate went on for weeks. I finally gave up, and the tests were never done. I also gave up on ever seeing that geneticist again.

If the office staff is poor, patients may need to move on.

5. Sometimes, they get it really, really wrong. Years ago, I was bitten by a bat. It was pre-ACA and I was uninsured, so I reached out to the local community clinic. The resident who saw me breezily told me that I didn’t need rabies post-exposure prophylaxis (PEP) because “we don’t have the bat to test it, and it’s expensive.”

A friend with a background in veterinary medicine was appalled. She spent an entire morning giving me facts about rabies and didn’t let up until I called the county department of health for a second opinion. Her persistence may have saved my life because it turned out that several bats in my county tested positive for rabies every year. Needless to say, the department of health arranged for me to receive PEP immediately.

Statistically, women are more likely than men to be dismissed in the emergency room because some doctors don’t recognize that heart attack symptoms may vary by gender. It’s so common that there’s currently a national awareness campaign for women’s cardiac health.

So, doctors sometimes miss common diagnoses and dismiss patients who truly have serious issues. When one’s life is on the line, of course, a patient will seek a second opinion or a third if necessary.

You might cringe when you see a long list of previous doctors in a patient’s chart. Now consider how draining it was for that patient to hit one dead end after another in their quest for care. They aren’t your enemy.

Celebrating my unique path in life and medicine: a delivery room diagnosis of Down syndrome 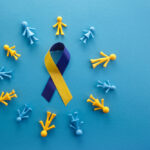 How about those doctor hoppers?
2 comments