On February 22nd, Governor Greg Abbott of Texas turned essential medical treatments for transgender adolescents into a crime, ordering the state to investigate them as “child abuse.”

The following day, a patient came to one of us (Dr. Morse), and through sobs recounted the gender identity-related maltreatment that she had experienced throughout her youth. She had survived bullying at school, transphobic slurs in the streets, and multiple threats of physical assault. She carries emotional scars, including nightmares and flashbacks, related to these experiences. “What the governor said flips the truth about abuse on its head. We’re the ones who have faced abuse and discrimination,” she said. “And now he is threatening to turn those who want to help us—our parents and doctors—into criminals.”

Joelle is a 17-year-old young woman who I have seen in my mental health clinic for the past three years. (My patient’s name and identifying details changed to protect patient confidentiality.)  Although she was born with “male” sexual organs, and was assigned the gender of male at birth, Joelle knew herself to be female from early childhood. She was blessed with parents who accepted her gender identity. They supported her choice to wear dresses, paint her nails, and play with dolls. They told her that she would always be their child and she would always be loved. The acceptance she found at home helped her weather the discrimination that she faced outside.

As puberty began, Joelle experienced distress associated with starting to develop a masculine body. This distress associated with having a body that differs from one’s gender identity is a medical syndrome known as gender dysphoria. To treat gender dysphoria, Joelle received puberty blockers. These medications paused the growth of facial hair and reduced the development of muscle bulk – leading her gender dysphoria to recede. She is now considering medical procedures which would allow her body to fully align with her female gender. Although this gender-affirming care has promoted her mental health, providing such care would be illegal in our second largest state if Gov. Abbott’s directive goes into effect. Furthermore, doctors who support this treatment, like me, will be considered to be criminals engaged in child abuse.

As physicians who are mental health specialists at Georgetown University, we vehemently reject the governor’s directive as medically harmful, scientifically unfounded, and unethical.

While medical care helps trans people, transphobic directives like Governor Abbott’s dehumanize trans people and legitimize violence against them. Such directives foster an environment hospitable to physical assault and murder. Governor Abbott’s directive contributes to a culture of fear that damages trans youth mental health throughout the country. My patient Joelle is just one example. Just as anti-Black racism negatively impacts Black youth mental health and has been shown to correlate with suicidality, discrimination against trans and other queer youth has far-reaching harms. It drives elevated rates of depression, anxiety, and suicide.

But there is hope. Acceptance of and respect for trans people fosters resilience. For example, supporting trans youth by respecting their chosen pronouns and creating affirming spaces is associated with lower rates of suicide attempts. Just as Joelle’s parents unflinching love helped her to bear the storm she faced—our solidarity with trans youth today will help to face down this newest form of discrimination.

As physicians, we are bound by our ethical principles to help patients and to avoid doing harm. We are guided by strong scientific evidence that gender-affirming care improves, and sometimes saves, the lives of young people like Joelle. We are committed to providing gender-affirming care to trans patients, to providing mental health care to patients affected by transphobia, racism, and other forms of discrimination, and to fighting back against those that attack our patients and our values.

Michael Morse is a child and adolescent psychiatrist. Christian Moser is a psychiatry resident. 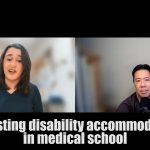