I was truly gutted when watching the recent Saturday Night Live that joked about nut allergies. My son Joshua, who is 16 years old, has an anaphylactic peanut allergy. I found the segment to be insensitive to the millions of people globally who live each day with food allergies, an invisible but potentially fatal disease.

How do I explain to my son that it is OK to make fun of a kid’s throat closing from a nut and then laugh as he struggles to speak? Would this skit make it past the drafting board and be approved if the disease in question was visible? There is a societal disconnect where making light of food allergies (a legitimate medical condition) has become acceptable and that can put those with a food allergy in harm’s way.

The SNL skit mirrored my own experience when my son had his first anaphylactic reaction. As soon as he took a bite of my sandwich, his lips, where a smudge of peanut butter had stuck, swelled to almost double their original size. Large angry hives formed next under his armpits and quickly spread throughout his body. His tongue began to swell, and he began clutching his throat like he was choking. To me though, the scariest symptom was seeing the light behind his beautiful big brown eyes begin to fade. All this happened within minutes.

I know it was not funny when my then young child begged me not to let him die as his throat was closing. It was not funny to hear and see my child in fear for his life.

These jokes infuse into the public consciousness and become normalized. Simply put, the societal reactions to invisible conditions can be brutal. The skit in question helps contribute to the myriad of ways those with a food allergy face an uphill battle to be taken seriously and avoid a potentially life-threatening reaction.

I began my own advocacy because kids who were informed about my son’s allergy and were going to be on our flight home from Denver began throwing peanuts up in the air, missing their mouth on purpose, and grinding the peanuts under their feet then pushing the dust towards us. They were pointing at my son and laughing. The airline not only refused to make an announcement to keep him safe but told us both, “If you think he’s going to die, just don’t get on the plane.” He told NY1 at the time that he was both frightened and sad. These jokes have real-life consequences.

Many people are not educated as to what living with a food allergy means. The world is a very dangerous place for those living with food allergies when jokes like this are normalized, and no one says anything. We must not ignore or dismiss these skits as funny. Food allergies are a growing public health concern, and education is crucial.

I have written to both Saturday Night Live and NBC Entertainment. It is my hope that the same networks that serve up food allergy jokes take the time to do segments on the real dangers and challenges faced by those living with the condition.

Financial infidelity: It's not about the money, it's about trust 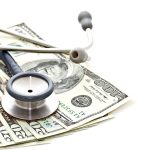 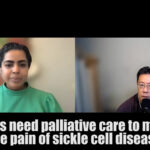