Until recently, I have remained relatively silent in the realm of eating disorder advocacy and silenced by the exhaustion of my own lived experience with an eating disorder. However, my silence further contributed to the pain. So now, I speak. And as I speak, I will reflect on the issues that led to my former silence and why we must use our voices.

The need for this work was validated during a recent conversation with a family that lost their daughter, Emilee, to an eating disorder. With the family’s permission, this article is dedicated to honoring the life of Emilee. Emilee’s parents, John (Jack) and Linda Mazur, are deeply devoted to eating disorder advocacy and have shared their journey alongside their daughter in the book Emilee – The Story of a Girl and Her Family Hijacked by Anorexia.

Throughout my journey with anorexia, silence became a learned behavior. After many failed attempts to help people gain an inside look into my brain through the lens of anorexia in order to improve their understanding, I stopped trying. I have been intrigued by my inability to explain myself to someone that does not have anorexia and the sharp contrast to my interactions with individuals that live with anorexia who seem to understand me without needing any words at all.

The shared thoughts, beliefs, and behaviors between individuals with anorexia led me to subscribe to research suggesting genetic and pathophysiologic components to the development of anorexia discussed by research leaders in the field, Cynthia Bulik, PhD and Walter Kaye, MD. However, it is worth noting that, despite the similarities, each patient must be seen as an individual as there are many differences, including co-occurring conditions and external circumstances that may impact an individual’s treatment.

Aside from being silenced by feeling misunderstood, I remained silent when struggling in a body that didn’t “look sick,” which prompted the discussion about how eating disorders are mental health illnesses that don’t have a certain “look.”

I also remained silent given traumatic experiences when seeking higher levels of care in eating disorder-trained facilities. Treatment challenges and concerns deserve an article (or book) of their own.

Briefly, I will touch on a few key experiences and note that there are hospitals and eating disorder treatment facilities that are ill-equipped to care for people with eating disorders.

Early in my struggle with anorexia, I was told that I could not stay in a medical hospital as I was considered a liability due to the hospital not feeling equipped to manage my medical complications. I was rejected from the hospital. Traumatic? Yes, indeed.

Then, years later, after experiencing an exacerbation of anorexia as an adult, I faced steeper problems. First, how do I take time off of my life to seek care? Who accepts adults? Who accepts my insurance?

At the time, I was in the military and faced tremendous obstacles finding a place that would accept my insurance. I was relieved when I finally found a higher level of care that catered to military members and mustered up the courage to fly across the country to take a chance on recovery.

When I arrived, I was disheartened to discover that this residential treatment facility — that claimed to specialize in the treatment of eating disorders — was unable to keep me due to my low heart rate, a common symptom for individuals with anorexia nervosa that often improves with sustained, adequate nutrition.

At that point, after flying across the country full of hope, I was transferred to a medical hospital and left alone with my eating disorder and the medical complications that threatened my life.

While the details of my story are unique, the outcomes parallel that of so many others struggling to find real help in a system where we are chronically misunderstood.

When I returned home from this treatment attempt, I felt traumatized and unwilling to trust another facility with my care. In hopes of taking matters into my own hands, I dove into research on eating disorders, quickly learning that the intellectualization of anorexia did not release me from its grips.

At the beginning stages, I found myself feeling more helpless when learning factors outside of my control, including genetics and neurophysiology, have been associated with anorexia development. After trying so hard to live without anorexia, this information made me feel that this may not be possible.

The research also brought awareness to the high morbidity and mortality of anorexia — both from complications of the illness and suicide — not surprising given the torment it has caused me in my own life. While initially discouraged, through the psychache, I felt gratitude for the individuals dedicating their careers to eating disorder research and had a sense of hope that maybe … just maybe … life could look different if I kept fighting. So that’s what I did.

Over time, I grew to appreciate the research as I learned to accept that I may need to live despite anorexia if unable to rid myself completely and to learn to live with anorexia and minimize its impact on my life is what has helped give me back a quality of life that makes life worth living. Learning to separate me from the thoughts that anorexia creates has given me hope that life can be better, and I want to spread that hope to others who are in the grips of an eating disorder.

With our voices, we may increase awareness of the gaps in our understanding of eating orders and advocate for improved research funding, earlier diagnoses, and more effective interventions. We may reduce suffering and fight for more complete recoveries from eating disorders.

Let’s use our voices. We’ve been silent long enough.

Advocating for a sick parent by confronting physician bias

How an AI bot transformed my EHR experience 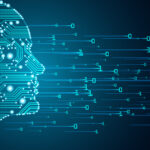