“I don’t want poison going into my body.”

And they refuse to wear masks; they refuse to social distance. They refuse COVID vaccinations and the booster. Essentially, they spit in the face of the population that trusts in science and medical research.

The disrespect and disregard for scientists, medical doctors, RNs and respiratory therapists are astonishing.

Their support groups tout ivermectin, hydroxychloroquine and suggest that some drink iodine — any rationalization will do.

“They prevent me from breathing correctly.”

“They stifle my freedom.”

Let’s go through what really happens when someone gets COVID … someone who is unvaccinated and who gets severe symptoms.

What happens to the “tyranny” and stifling of one’s “freedom.” And not wanting this “toxin” to invade their body.

He’s actually a leader of one of his groups online.

At one point, he wrote of the “great American hoax.” He frequently adds dangerous misinformation to the public. He’s loud and clear and a popular tribal leader.

He is unable to taste or smell. He gets a cough, cold, fever, nausea, vomiting, and diarrhea.

He is rushed to his local hospital by medics. Sam deteriorates en route to the hospital, and although he had stated he didn’t want any “invasion” of a COVID vaccine, his wife says,

And the real invasion begins.

Sam is intubated emergently at the hospital. Several IVs are started. He is given IVP succinylcholine and etomidate … versed IVP.

The patient is intubated, bagged, and placed on a ventilator. His FiO2 is at 100 percent, PEEP of 12 to start. His wrists are restrained to prevent the patient from extubating himself.

A Foley catheter is inserted into his urethra via his penis.

A rectal tube is also inserted into his rectum to catch the flow of his constant diarrhea.

Fluid challenges have been initiated, but he doesn’t respond. So his ICU nurse is wearing goggles, gown, hair bonnet, shoe covers, N95 mask, gloves and has to “gown and glove” every time they enter the patient’s room.

Day 2: Patient Sam is not progressing. In fact, he is deteriorating. So it will take six health care ICU nurses/CNAs/respiratory therapists to now prone the patient. The patient’s airway is of the utmost importance. We cannot lose the airway.

In synchronized rhythm, the patient is turned onto his stomach. This is supposed to help with better oxygenation, in theory. It is sometimes a last-ditch effort. For 16 to 18 hours, this position allows for better expansion of the dorsal lung regions.

Sam’s kidneys are crashing. His creatinine level is dangerously elevating. So now Sam has bought dialysis, which is another specialized nurse. The nephrologist now places a large bore vas catheter into the femoral venous/artery.

Many days have gone by in the ICU.

Sam is not responding to every possible ICU/COVID protocol and technique available.

Specialized ICU physicians, RNs and respiratory therapists are at the patient’s side in this 12-bed ICU. 24/7.

The majority of critically ill patients in the ICU are unvaccinated throughout our nation.

A conference is called for the wife by the ICU physician, ICU nurse, and chaplain. Frequent updates had been given to her.

But this is the grand finale.

Day 10: Sam has multi-system organ failure. Sam has thrown blood clots haphazardly to his brain. Sam is unresponsive. All organs are down.

Despite the endless life-saving events, Sam cannot be saved.

I don’t want these COVID vaccine toxins to invade my body.

My body. My rights.

A physician's photo essay from his travels around the globe 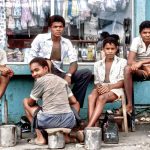 The power of a patient's thank you 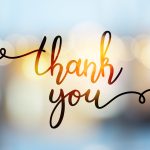