An excerpt from The Unseen Body: A Doctor’s Journey Through the Hidden Wonders of Human Anatomy.

Everybody learns in grade school that the human body is composed mostly of water—roughly 60 percent in adults goes the statistic. I learned this fact as a child and understood that humans share their aqueous makeup with all other organisms. I imagined living things as plastic bags filled with sloshing, transparent, liquid water, even though my own body seemed much more solid. Years later in medical school, when I studied the body’s construction under both dissecting scalpel and microscope lens, there was almost no plain water to be found. Tears and urine were the only fluids that seemed truly watery, with no hint of viscosity to them, but they flowed out from the body and were not actually part of its internal makeup.

Instead, the human body’s insides are filled with an extensive range of more gelatinous textures. Even blood is slightly thicker than water—the old metaphor about the primacy of familial relationships is also true physiologically. With a protein content similar to egg whites, blood is thick enough to be whipped, and it is noticeably more syrupy than water in the way it drips and flows out of traumatized patients. And consistencies of the body only get more viscous from there: the sludge inside our eyeballs is akin to raw egg whites in consistency, while some internal organs feel like firm, but still jiggly, calf’s-foot jelly. The gooey truth is that the human body contains textures far more varied than the simplified dichotomy of “flesh and blood”—there are as many different consistencies within us as in a French fromagerie.

Another thing we learn in grade school is that cells are the body’s basic building blocks, and that we are constructed from them like buildings are made of bricks stacked upon one another. But in medical school, I finally learned about what lies in between our cells. Called the extracellular matrix, or ECM, the fibrous and gelatinous substance fills all of the body’s interstices, surrounding cells like the body’s packing peanuts enveloping fragile objects for shipping. If cells are the body’s bricks, then this mucus-filled network running throughout the entire body is the mortar.

In contrast to the mucus that flows outward from the human body—the familiar stuff that we deal with day to day—the ECM is the body’s internal mucus, which we never usually see. Yet it makes up much of us. In histology class, I looked at hundreds of microscope slides from every part of the body, and nearly every single view contained snapshots of ECM in one form or another. We typically focused on the cells in each slide, but in between and surrounding them was ECM. It appeared as loose strands of fiber—the rebar giving flesh its shape and tensile strength—with mucus providing the filler, like poured concrete providing structural support and resisting forces of compression.

Histologists call the ECM’s mucus the “ground substance,” as if to highlight its foundational and elemental role in the body. The ground substance and the ECM it comprises form a substantial portion of every body part and organ, accounting for roughly 15 percent of an adult’s weight. As the body’s largest single component, it integrates all our parts into a whole, and it is this continuum of mucus that makes us squishy.

Scientists are just learning the importance of the body’s internal mucus, especially when it comes to building artificial organs that will one day (hopefully) be transplanted into patients in need, including lab-grown lungs for CF patients. Though stem cells get much of the media fanfare, it turns out that the ECM in which stem cells are embedded is equally important for them to function and grow properly. The extracellular mucus surrounding cells serves as the body’s marketplace, where currencies of nutrition, waste, and messages of cellular communication are exchanged.

Like the body’s outside mucus, its internal mucus also plays an important role in defense. When microbes invade the body—not just into the shadowy depths of a moist pocket but truly into our flesh—they must traverse directly through ECM, which can slow them down like squishy mud grabbing at a charging horse’s hooves. The same goes for malignant tumors attempting to metastasize, which can move through mucus only by secreting specialized enzymes that break it down. When the body sends reinforcement white blood cells to help, the fight takes place in the same mucous milieu, meaning mucus is not only a sign of battle, but the battleground itself. The ground substance is like the dark matter of the human body—foundational yet forgotten, until recently. And a better understanding of it as the glue holding the body together may be one of the keys to discovering the medical treatments of the future.

It turns out that living beings are less like bags of sloshing water, as I imagined in grade school, and more like a stew. While water makes up most of it, water alone is thin and empty of the organic molecules from which organisms are built—the stew thickeners. Water alone is lifeless. Instead, it is the mucus in our bodies that—so long as it has the correct qualities and consistency—is the key to a healthy life. The “fact” that our bodies are made mostly of water is misleading. What we are actually made of is mucus.

Jonathan Reisman is an internal medicine-pediatrics physician and author of The Unseen Body: A Doctor’s Journey Through the Hidden Wonders of Human Anatomy.

A shout out to small hospitals [PODCAST] 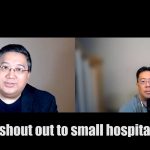 Want to publish a children's book? Here's how. 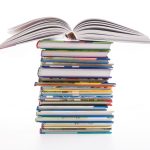