“Gimme five,” the TV doctor said to his little patient as he entered the exam room. As I watched this scene in an evening TV program, I was reminded of one of my pediatric practice’s most gratifying stories, which happened over 20 years ago.

Before the days of cellphones, the internet, and social media, I had become the local expert on support groups. After realizing how what I learned from support organizations was critical to my patients’ outcomes, I decided to create a computerized database of all the support groups pertaining to children.

With the help of a friend who was a child life specialist in our local children’s hospital and a true believer in the power of shared knowledge, we created Support Group Network.

We continued to expand the database to include all areas of medicine, not just children’s disorders. I would routinely receive inquiries from other doctors who would want to know if a support group existed for even the most obscure diseases.

Nowadays, this information is available within a split second through a Google or Facebook search. However, obtaining this information required a trip to a research library back then. Even then, the information may not have been current.

When our database was installed on an office computer, doctors’ offices would have immediate access to useful contact information on thousands of support groups. Unfortunately for us, our timing was poor since it was just as Google was coming on to the scene and within a year, our product became obsolete. If we had been only there a few years before, who knows what would have happened? You know what they say, “timing is everything!”

In my personal experience, however, my familiarity with the existence of particular support groups was life-changing for many patients.

In one specific case of identical twin boys born with a syndrome that included craniofacial, hand, and feet abnormalities (Apert syndrome), they were at an age where the structural deformities of their hands interfered with their normal school performance. As a result, they were forced to attend a school with special aides to assist them in their toileting since their fingers were webbed.

I was aware of one support organization, the Children’s Craniofacial Association, located in Dallas, Texas. It is an excellent resource for families whose children have facial or limb abnormalities. Their team of hand surgeons offered to reconstruct the boys’ hands, and there were funds and facilities to fully cover the expenses for the hospitalization and the parents’ living expenses.

When the boys returned to Florida following their surgery, they were excited to show me their four fully functional fingers. They were now able to learn to write like other children. And for the first time at age 9, they could go to the bathroom independently. Their newly acquired confidence was palpable. They enthusiastically had to relearn many tasks that most children would have learned gradually throughout their toddler and early childhood years.

From then on, I would greet them by saying, “Gimme four!” in honor of their newly reconstructed fingers. They loved it! And it made me a lifetime believer in the power of support groups.

Daniel P. Kraft is a pediatrician.

A neurosurgeon finds another reason to stay in clinical practice 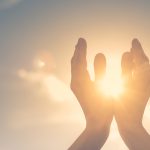