An excerpt from The Vaccine: Inside the Race to Conquer the COVID-19 Pandemic. Copyright © 2022 by the author and reprinted by permission of St. Martin’s Publishing Group.

For the first time in weeks, Uğur Şahin’s calendar was clear. It was a Friday morning and the two-bedroom apartment he shared with his wife, Özlem Türeci, and their teenage daughter was unusually empty. In the silence, he scrolled through his Spotify library and settled on a well-worn playlist. As he sat at his computer, cradling a steaming-hot cup of oolong tea, the Turkish-born immunologist’s makeshift office filled with the soothing sounds of recorded birdsong.

Uğur’s inbox was overflowing, and he had barely begun to look through submissions from his Ph.D. students when Özlem and their daughter, back from work and school, popped their heads around the door to remind him that it was 4:00 p.m.: time for phở and banh mi at their favorite Vietnamese restaurant. The family rarely skipped this weekly ritual, especially if one of them had recently been away. It was the early evening before they all returned home and Uğur could return to his desk to indulge his only real hobby—catching up on reading.

A constantly active mind, this was the professor’s idea of relaxation. Disdain for time-wasting was one of the many traits Uğur shared with Özlem, whom he’d met almost thirty years earlier on rotation at a cancer ward. He was a young physician; she was in her final year at med school. The couple, now partners in science, business, and life, had never owned a TV and stayed off social media, relying instead on select online publications they considered worthy of their attention. Uğur’s home workstation, consisting of two large screens that would not look out of place on an investment bank’s trading floor, was their portal to the rest of the world.

Opening his internet browser, Uğur started methodically making his way through a list of bookmarked websites. It was January 24, and the year 2020 had started slowly in Germany. Local media outlets in his adopted city of Mainz were covering an environmental protest in which schoolkids had blocked traffic for miles. Der Spiegel, one of Germany’s most respected magazines, led its home page with a story on the rise, and questionable ethics, of German gangster rap. Inside the week’s digital issue were articles speculating whether infighting in the Democratic Party would effectively hand Donald Trump reelection in the United States and an analysis of the cyberwar being waged by the kingdom of Saudi Arabia, which stood accused of hacking Amazon founder Jeff Bezos’s phone. Tucked away in the science section was a report from the Chinese megacity of Wuhan, which had been beset by a novel respiratory illness.

The fifty or so cases of this illness monitored by local authorities seemed to have been traced back to the Huanan wholesale “wet market,” which sold seafood, live poultry, bats, snakes, and marmots, some of which were slaughtered on-site. Although it was too early to draw any conclusions, the evidence pointed to a development that sent shivers down the spines of epidemiologists—so-called cross-species transmission. In other words, a virus had probably passed from animals to people, catching humans completely off guard. An  evolutionary arms race was underway between this frightening new foe and the combined forces of the human immune system.

The piece piqued Uğur’s interest somewhat, as he had devoted his adult life to understanding how the immune system marshals its disparate troops to fight disease. The company he had founded with Özlem eleven years earlier, BioNTech, had embarked on projects to develop flu, HIV, and tuberculosis vaccines. But pesky viruses were only of mild concern to the fifty-four-year-old. Only a dozen or so of Uğur’s thousand-plus staff were developing drugs to fight communicable infections. The rest were focused on the couple’s core mission: curing cancer.

At long last, they were on the brink of a breakthrough. It was this message—that a cure for some cancers may be in reach—that Uğur had taken to a familiar stage nineteen days earlier, in San Francisco. For more than a decade, his working year would kick off in one of the windowless ballrooms of the city’s Westin St. Francis hotel, where he would painstakingly present his plan to develop next-generation cancer treatments at the biotechnology industry’s most important showcase, the J. P. Morgan Health Care Conference.

This event had turned into an annual pilgrimage for the pharma world, a corporate circus that attracted tens of thousands of scientists, entrepreneurs, and investors. Hundreds of start-ups shelled out more than $1,000 a night1 for downtown hotel rooms in the hopes of pitching their wares to deep-pocketed fund managers. Uğur, a softly spoken teetotaler who hated hyperbole and was almost allergic to the networking that formed a key part of the four-day symposium, was hardly the center of attention. The media hype at the dealmaking event was focused on Silicon Valley darlings, those who claimed to have a formula for exponential growth. BioNTech’s data-driven talks were usually delivered to an audience consisting of a few dozen mid-ranking executives and venture capitalists, some of whom wore an expression that suggested they may have absentmindedly wandered into the wrong hall.

This January, however, the reception had been different. When Uğur made his way to the dais—having swapped his usual uniform of plain-colored tees for a collared shirt and suit jacket—almost two hundred people turned their attention to the projector screen above his buzz-cut head.

His presentation had been uploaded onto the internet—as required by market regulators—with only moments to spare, thanks to Uğur’s unusual routines. He hated losing days to jet lag and tried to stay on German time while on short trips. After the sixteen-hour journey from Mainz to California, he had gone straight to sleep without finalizing his slides and woken up at 2:00 a.m. on the day of the big speech to work on them instead. Uğur had a tough time condensing all that he wanted to communicate into a twenty-minute talk, and when his colleagues surfaced hours later, they found their boss surrounded by coffee and the remains of Starbucks brownies he had brought with him from home, still making the final touches to his precious PowerPoint.

Uğur needn’t have been so concerned. Shares in BioNTech were on a tear and had more than tripled in the three months since their disappointing debut on New York’s Nasdaq stock exchange, which had taken place during an economic downturn. The company was on the cusp of launching seven clinical trials for drugs that would tackle solid tumors such as advanced melanoma. Onstage, Uğur ran through these achievements in detail, fighting the urge to delve more deeply into the science, about which he was far more passionate than commercial milestones. The audience, composed largely of specialists in the sector, seemed enthralled.

That year, 2020, Uğur told the crowd, would be the year BioNTech proved the doubters wrong.

There was no time to lose. Soon after he’d finished his talk, Uğur hopped on a plane to Seattle, where he met with a team at the Bill & Melinda Gates Foundation, which had recently signed a $100 million agreement with BioNTech to develop a slew of new drugs. Hours later, he moved on to Boston, to stop by a small cancer immunotherapy company that BioNTech was about to purchase in a $67 million deal. The purpose of the visit was to reassure staff that he, a fellow scientist, was interested in advancing their innovations and was not a vulture disguised in a lab coat who had come to gut the firm and slim down its workforce. At this point, Uğur was still fairly oblivious to events in Wuhan. He walked around the biotech firm’s foyer, introducing himself to dozens of soon-to-be employees, shaking each of them vigorously by the hand.

Joe Miller is a journalist. Ugur Sahin and Özlem Türeci are co-founders, BioNTech. They are the authors of The Vaccine: Inside the Race to Conquer the COVID-19 Pandemic. 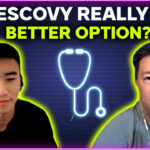 Using positive psychology to cultivate attention to things that matter