Millions of Americans each week watch as fictional television matriarch Rebecca Pearson, in the NBC-TV series, “This Is Us,” struggles with frustrations of early-onset Alzheimer’s disease and fear of an unknown health future. In the coming decades, millions more will experience this in real life.

Guardianship — or the care and legal control over another person’s life —may become one of the biggest issues of the next three decades.

A recent study published in The Lancet Public Health journal predicts that by 2050 dementia cases will skyrocket globally from 57 million cases to an estimated 153 million cases. However, this worrisome growth in dementia cases is likely only a fraction of the problem.

In the United States, the Centers for Disease Control and Prevention reports that women, Hispanics and African Americans will see the largest increases in Alzheimer’s disease, the most common type of dementia.

This reality will unfold in a context where racial inequities in access to health care persist in every state across the country. Poverty, variations in health insurance coverage and medical debt, geographic isolation from health care facilities and interpersonal racism, among other socially-driven factors, have been identified as central to health disparities widening along class and racial lines.

However, it is unfortunate that policymakers, legal counsel and families have left out of discussions the need to strengthen adult guardianship systems. The need for equity-building policy solutions is urgent, despite the fact that the role guardianship plays as a critical pathway of health care access for some of our society’s most vulnerable members.

The anticipated growth of dementia cases makes a focus on strengthening guardianship even more important.

To be sure, the #FreeBritney movement to release Spears from a toxic conservatorship has rightfully raised awareness of guardianship abuse and woefully inadequate guardianship policy.

Guardianship abuse undoubtedly deserves public outcry and warrants institutionalizing use of less restrictive alternatives, such as supportive decision making. Yet, alongside these tragically unacceptable guardianship battles are little discussed realities of guardianship as a life-preserving social safety net resource. Guardianship reform must reflect these stories, too.

My research with a non-profit, volunteer-driven guardianship agency in Indianapolis has documented approximately 75 of such stories over the past two years.

By immersing myself in a community of non-profit guardianship professionals and volunteers, I have witnessed the growing need for guardianship services and the great potential well-trained guardians hold for extending health care access to vulnerable adults, particularly vulnerable adults living in poverty.

The average person served by this agency has little to no assets, is marginalized from social support services and has serious medical needs. They may have been homeless, neglected or abused by family members ill-equipped to care for them or were housed, but living alone, and deemed unable to care for themselves. They are individuals living with late-stage dementia, profound intellectual disabilities, untreated and severe mental health conditions or catastrophic injury.

In emergent situations, guardians provide consent for treatment and hospital discharge to rehabilitative care when an adult is incapacitated, by stroke or dementia, for example, and no known next-of-kin exist.

This is especially important because legal scholars have suggested that adults with incapacity may be at risk of overtreatment due to fears of legal consequences if treatment is withheld. But they may also be at risk of undertreatment because of a lack of consent for procedures.

Guardians mediate this double-bind by providing surrogate health care decision-making services at a time of great need and health vulnerability.

Guardians may also enroll qualifying adults in public health insurance programs, such as Medicare and Medicaid. This enrollment, in turn, can enable the individual to receive appropriate follow-up care and preventative services, including placement in and oversight of community housing programs and long-term care facilities.

Realities of nursing home abuse make the work of oversight especially important for protecting the safety, dignity and health of vulnerable adults. Guardianship, in other words, can address crucial barriers to health and health care, including lack of insurance, homelessness, abuse and inability to consent to treatment.

Possibilities and rates of physical and mental impairment increase as the population ages. At the same time, skyrocketing health care costs, rising costs of living, and tightened restrictions for anti-poverty programs continue to diminish the abilities of families, communities and the American social safety net system to meet the health care needs of vulnerable adults.

As low-income and working-class families and communities are overwhelmed and under-resourced, adults in need of surrogate decision-making and related support services may be disproportionately funneled into court-appointed structures of guardianship.

As a nation, the chance to avert some of the most extreme crises of health vulnerability and disparity relies on having an ethical and robust guardianship system.

While the 2021 Guardianship Accountability Act marks an important milestone in recognizing the need for federally-coordinated response to adult vulnerability and guardianship abuse, primary focus on oversight and data collection about best practices will not suffice.

Guardianship agencies and programs also need increased payments for guardianship of indigent adults, funds for staffing appropriate to the level of need in a given state, as well as dedicated funding for program implementation and administration, systems of education and training that are responsive to local needs, services coordination and inter-state network building.

Guardians and guardianship agencies are service providers with their eyes on some of our society’s most marginalized adults and the conditions of their health care. Their work has the potential to mediate systemic barriers to health, but to do so requires they be supported as the critical players in our health care system that they are.

Alyson O’Daniel is an anthropologist and author of Holding On: African American Women Surviving HIV/AIDS.

Art as a tool to manage pain 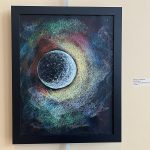 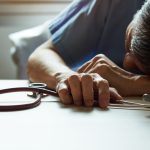