An excerpt from Modern Healthcare Delivery, Deliverance or Debacle: A Glimpse From the Inside Out.

“The significant problems we face cannot be solved at the same level of thinking we were at when we created them.”
– Albert Einstein

In my book, I outline some of the critical drivers of the high cost of medical care in the U.S. These include waste as exemplified by the performance of unnecessary services, the fee-for-service payment model, the practice of defensive medicine, and the excessive administrative costs associated with its delivery. Is there any potential redress to these devitalizing monetary black holes? While previously discussed separately, in reality, these drivers are inexorably interlaced, and as such, any potential solution to one will have requisite effects upon the others.

… For at least the first three of the above drivers an obligatory change in behavior by one or more parties will be necessary for the success of any proposed solution. A basic tenet of behavioral psychology is “Never expect anyone to engage in a behavior that serves your values, unless you give that individual(s) adequate reason to do so.” Its corollary is similar: “To affect change, it is necessary to convince others that the behavior you seek to influence is the best action in which they can engage in the service of their values.” Assuming these statements to be incontrovertible, we can now ask ourselves an even more elementary question, “Why do people do what they do?”

… Many, if not all actions are motivated by three basic considerations: Quid pro quo which also includes deferred gratification; protecting against a loss in value satisfaction or “negative value satisfaction,”  i.e., use of fear, coercion, intimidation, or threat, i.e., punitive measures to change someone’s behavior,  and the moral good or imperative of Western ethics. The latter can be thought of as a principle originating inside a person’s mind – perhaps in “conscience” – that compels that person to act in a certain manner.

Secondly, for an intervention to succeed, all parties — patient, provider, hospital, health care organization, and payer — must have “skin in the game.” How many times in your life have you attempted to change someone’s conduct, only to find that until financial consequence somehow got baked in, no lasting behavioral change took place. Put more bluntly, until you hit someone in the pocketbook, you might as well accede to the “moral imperative” – beneficent, but today perhaps more so than ever, hopelessly inadequate. Remember the behavioral psychology tenet, “To affect change, it is necessary to convince others that the behavior you seek to influence is the best action in which they can engage in the service of their values.” Not losing money or avoiding having to pay a penalty, certainly for most, would constitute an action in the service of their values.

…  At the heart of any discussion regarding change to single-payer health insurance is the more broad agenda of universal health insurance coverage. As of 2018, New York, Maryland, Nevada, Alaska, and California have already put universal health care on the agenda. The recent proposal of Medicare for all by Senator Bernie Sanders, with his excellent showing in the 2016 polls, suggests that Americans may again be ready for another major revision on how they view health care.

To quote Sanders directly; “The United States has the most expensive, inefficient, and bureaucratic health care system in the world.”  He goes on further to state that “Health care must be recognized as a right, not a privilege and that every man, woman, and child in our country should be able to access the health care they need regardless of income.”  Right or wrong, this is a radical departure from previous thinking.

The Declaration of Independence guarantees merely “life, liberty and the pursuit of happiness.” There is no mention of health care. The 5th Amendment to the Constitution simply states that no one “shall be deprived of life, liberty or property without due process of law.” In the preamble to the U.S. Constitution, the Founding Fathers merely state that the government has been established to, among other things, “promote the general welfare.”

Article I, section 8 of the U.S. Constitution grants Congress the power to “provide for the common defense and general welfare of the United States.” In “promoting the general welfare,” where does the line end between clearly recognizable public health measures such as proper sanitation, protection from infectious disease, environmental hazards, and catastrophic natural disasters, and addressing the health care concerns of individuals? Is health care a right to which every man, woman, and child is entitled? Could Thomas Jefferson, in his wildest dreams ever have imagined that included among “life, liberty, and the pursuit of happiness” would be the unalienable right of universal health care for all provided by the government?

… Medicare for all is an exercise in moral persuasion. Aren’t the taxes, which would by necessity be levied disproportionally upon wealthier Americans, an attempt to deal politically with the larger social issue of income and wealth inequality? Medicare for all will become a serious public policy if and when it creates a surge in public opinion. That’s how “no chance at all” reforms,” whether Medicare in 1965 or same-sex marriage in 2015, became law in our great country. What seems impossible in one generation is taken for granted in another.

Michael James Zema is a physician executive and author of Modern Healthcare Delivery, Deliverance or Debacle: A Glimpse From the Inside Out.

Artificial intelligence is worse than the old boss 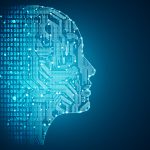 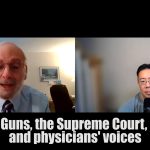