My wife and I were on a short flight from Rome to Brindisi in the region called Puglia in the southern part of Italy last year.

As we were starting to taxi down the runway, I heard a child crying a few rows behind us, but it was very different from a baby’s or a normal child’s crying. It reminded me of when I have experienced autistic children screaming, usually from fear. I was quickly able to determine that he was Asian and the parents were not, so I guessed that he was an adopted child.

When I heard that little boy’s scream, I felt the parents’ anguish. It was obvious they were utterly beside themselves. Even though we were only a few minutes in the air and the flight attendants had not even given the OK to move around, I stood up and went over to their seats. In my basic Italian, I told them that I was a pediatrician and that I would be happy to help them if they would let me.

As I picked up the boy, he immediately took my hand and looked at me as I was hugging him tightly, and within about 30 seconds stopped crying!

I rocked him for a while and then returned with him to my nearby seat to where my wife was sitting. Our new friend sat with her while I talked to the parents. He reacted positively to her and remained calm while she showed him pictures on her phone.

Although the flight was only about 50 minutes, it seemed like hours!

I sat with the parents, and within 15 minutes, I had taken a complete history with the help of Google Translate! They had adopted him two weeks before in China and had spent every day with him since. They were in the process of flying back to their home in Lecce, the same town in southern Italy where we were going.

After almost 24 hours of non-stop traveling, they were beyond exhausted. The father showed me scratches from where their son had dug his nails, probably in frustration. He was probably feeling totally out of his normal environment, with everyone looking different and speaking language he didn’t understand.

I tried to imagine what the little boy was thinking. He must have been overtired, scared, and overstimulated. And in the back of my mind, I thought that he might have some serious developmental issues which were being tested to the hilt in this new environment.

While we were waiting to retrieve our luggage, the parents wanted to thank us by taking us on a tour around their city of Lecce.

I was looking forward to seeing them again so that I’d be able to see what kind of adjustment their child was making to his new surroundings. Right before they were supposed to pick us up, the father sent a text saying that their son was asleep. I agreed that it was better that they should not wake him up.

We never wound up seeing them, but they did communicate that he was slowly getting used to life with his new family in Italy.

In retrospect, I wonder what impulse made me decide to jump out of my seat to help this child and his family. As a pediatrician, I heard and recognized the sound of a child in distress. More likely, however, was that as an adoptive father myself, I sensed how desperate the parents must have felt.

I’m not sure why my intervention worked, but I certainly would do it again if the situation presented itself.

Daniel P. Kraft is a pediatrician. 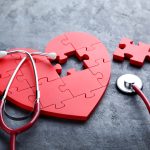 Fund this: Policies can fill medical funding gaps for all [PODCAST] 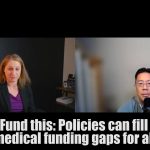 A random act of kindness on a plane
2 comments