Substance abuse should be a medical problem, not a legal or moral problem. If it is considered a legal and moral problem, drug abusers may delay or refuse medical help. In my case, I was battling severe bipolar depression, and I was using cannabis and ecstasy to self-medicate my depression. Due to fear of legal problems and being considered a moral failure, I refused to get help until I was arrested and charged with multiple felonies, including trafficking and abusing cannabis and ecstasy and using minors as agents in their sales. I also got my driver’s license suspended and eventually revoked.

If I could have asked for help right from the beginning (when I was growing up in South Florida) for my depression and drug addiction without being afraid of being considered a moral failure or getting into legal problems, I would have never needed to get friends who use illicit drugs and continued to stay in the “wrong crowd” until I got arrested. I would have never networked with other drug addicts as much as I did. It was almost as if I had to live in a world of my own surrounded by drug addicts and stay away from the world of sober people and health care providers in South Florida in order to exist.

In fact, this desire to break the social stigma barrier of drug abuse is what eventually led me to become a health care provider (I am an osteopathic family physician who practiced as a hospitalist but am now retiring)—so I can swoop into the “wrong crowd” and rescue them from their lives of drugs without having to arrest anyone and without being morally judgmental. You can read my story at “Why the medical profession should give people with criminal records a second chance.”

The state and federal governments are very hypocritical in that they have made alcohol legal (after the prohibition era) but not marijuana legal even though alcohol has a much higher mortality than marijuana. There are far more deaths from motor vehicle accidents and respiratory depression caused by alcohol than from marijuana or ecstasy.

If drugs like cannabis are not legalized, then they are not regulated by any government. When buying drugs off the street, it is unknown what contaminants and other illicit drugs are mixed into there. Whenever I would buy marijuana or ecstasy from different drug dealers, I would react differently and have different side effects to the drugs I bought from each drug dealer. After all, street drug dealers are not licensed by any municipal, state, or federal governments.

And most importantly, if drugs like cannabis and ecstasy are not legalized, then the government has minimal control over sex for drugs, rape for drugs, and human sex trafficking. I witnessed a lot of sex for drugs behaviors firsthand while interacting with drug dealers. I initially had to have sex to get drugs when I was a teenager; looking back, I would say that I got raped since I didn’t understand what exactly I was consenting to, and I didn’t understand the impact it would have on my sexual orientation. This is even though as an adult I decided I would never accept sexual favors from youth in order to give them drugs.

In fact, as a health care provider now, I am ready to sacrifice my life to protect youth from getting molested as part of sex-for-drugs schemes—this is another reason why I became a health care provider. If the government doesn’t have transparent, licensed dealers in their transactions, then governments have minimal control over the rape of minors and sex trafficking. There is a very big difference between using a minor as an agent in sales and raping a minor.

This can all get avoided if marijuana and ecstasy can be legalized and regulated—ideally by the federal government. 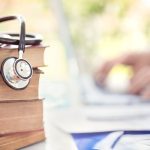 Bringing the Hippocratic Oath into the venture capital world [PODCAST] 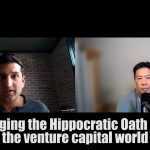 More by Louis J. Riccardo, DO