My patient balanced precariously in the bustling hallway as she carefully removed her boots and slipped into lightweight sandals. My medical assistant offered to hold her purse and jacket as my patient held her breath and stepped onto the scale. Squinting at the numbers, my patient sagged in frustration. “Same as last year. Nothing I do ever works.”

By the time I met her in the exam room, the patient had prepared a monologue of promises to try harder to lose weight and questions about the newest weight loss drug. Scrolling through the chart of this beautiful woman, I noted that despite a body mass index (BMI) of 28, she had no weight-related illnesses. Her disappointment with her body shape and stable weight was palpable.

“Why is weight loss important to you?”

“Well. If I were thinner, I would be healthier. Isn’t that what you doctors always say?”

“Doctors certainly talk about it. But what if we’re wrong? What if BMI is not the right way to measure your personal health?

As a physician who supports health at every size (HAES), I cannot rely on the BMI as a reliable health metric. My care of patients with eating disorders prompted investigation into how the use of BMI was integrated in our clinics.

Aldolphe Quetelet, a Danish astronomer, developed the BMI in the 1830s using a cohort of French and Scottish men. Typical of the time, these participants were lean, active, white males with unstable food supply.

Quetelet’s goal was defining the characteristics of “normal man” and fitting the distribution around the mean. By measuring a large cohort with their physical deviances, one would come closest to the ideal of what a human being should look like. Of note, his work provided the foundation for anthropometry, on which modern-day eugenics is derived.

Throughout history, trends in fashion and appearance evolved. But health and wealth were tightly associated with stable food supplies. Thus, being “well-developed, well-nourished” (a euphemism modern physicians use to describe large-bodied patients) was exactly that. Living in an average or larger body represented wealth.

In the 1930s, American insurance companies began to study who was most insurable. They collected self-reported data on height, weight and shoe size from clients. These clients were financially stable enough to afford insurance and typically white men. In the early 1940s, Metropolitan Life Insurance company developed “desirable weight” tables that did not include a person’s age. It introduced an initially arbitrary and subjective measure of body “frame” — small, medium, and large.

It wasn’t until 1972 that BMI resurfaced. Ancel Keys and colleagues popularized BMI use, claiming it was superior to measurements of fat by skin calipers and underwater weighing (body density). Keys’ cohort was composed of men from Italy, the USA, Finland, Japan, and South Africa. Bantu men of South Africa were outliers in this data. Keys’ findings weren’t representative of, or applicable to, the very South African men included in the study. As a tool, BMI is only 66 percent accurate in predicting adiposity in the studied population of white men.

In 1998, the International Obesity Task Force, whose two principal funders were companies making weight loss drugs (Fen-Phen and Redux), advised the NIH cutoff point between normal and overweight to decrease to a BMI of 25. Overnight, millions of Americans were recategorized as overweight and qualified for weight loss medications.

Subsequent studies show that BMI overestimates adiposity in Blacks, underestimates in Asians, and does not correlate well for female gender and age.

So why do clinicians use BMI if it is a poor tool?

In short, it is how we are paid. Under the guise of transparency, insurance companies require physician practices to report outcomes data. The burden of this reporting is placed on the practices, and if metrics are not met, payment for services can be reduced. Although metrics vary by specialty, BMI is easily collected data that is ubiquitously reported.

In clinical practice, the use of BMI ranges from data collection (the increase of BMI for many patients during COVID) to obscene (“I’m sorry your husband died. Would you like to discuss your diet and exercise regimen?”) In addition to the shame and frustration we inflict with this tool, it does not accurately measure our patients’ unique health goals.

For my patient mentioned earlier, her primary health goal was to painlessly sit and stand so that she could play with her grandchildren on the floor of her living room. Addressing her strength and orthopedic concerns helped her achieve that goal, even without a change in body shape or size. This is the art of medicine. Seeing our patients as humans with unique needs and helping meet these goals.

Clearly, we have evidence that excess adiposity is associated with increased risk for many medical conditions. I do not dispute that. However, in the scientific field of medicine, we must derive a better measurement to predict outcomes associated with adiposity. The over-reliance on BMI is a biased, discriminatory, and flawed health metric. It is not an accurate tool across gender, race, and lifespan.

It’s time to find a better measurement of health.

The worst code I ever ran 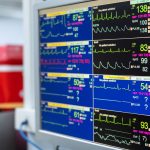 What this primary care physician learned from her COVID-19 infection