A 37-year-old man was diagnosed with Lyme carditis after presenting to the emergency department (ED) with fever, weakness, history of tick bite, and prolonged PR interval of 394 ms (a type of heart block) and positive Lyme testing. In the ED, second-degree AV block was noted intermittently on the monitor but not documented. Both infectious disease and cardiology were consulted, and the recommendation was to continue IV ceftriaxone for 28 days.

On day two of admission, I received an email from a care manager, part of utilization management, stating that the admission was deemed OBS. If I disagreed, I needed a peer-to-peer discussion with the health plan medical director.

This is a routine occurrence when I’m attending on the inpatient ward. I called promptly to request peer-to-peer discussion after reviewing CDC and UpToDate treatment recommendations for Lyme carditis. Since the patient was symptomatic and had at least a first-degree AV block with PR interval >= 300 ms, he should be admitted for treatment.

The medical director told me that the patient did not receive atropine or pacemaker, so he did not meet their inpatient criteria. He was discharged three days after admission after a PICC line was placed for home Ceftriaxone.

Six days after discharge, I received an irate call from the patient who got a letter stating that I had denied his hospitalization and that he would be responsible for copays related to outpatient treatment.

A 56-year-old man with a history of nonischemic cardiomyopathy, hypertension and recent stroke was admitted for shortness of breath and right chest pain. There was an EKG change suggestive of ischemia, and he was initially placed on a heparin drip which was discontinued when troponins were negative.

The chest X-ray showed a large pleural effusion on the right but no signs of heart failure. About 1300 cc of pleural fluid was drained, and analysis was consistent with an exudative effusion. The utilization management review nurse emailed on the same day of admission, and you guessed it, informed me that the admission was not meeting inpatient status.

Two days after admission, I called for a peer-to-peer review and the admission was denied. The right pleural effusion quickly reaccumulated and a repeat paracentesis with pigtail placement was performed by the pulmonary consultant. Six days into the hospitalization, his admission was approved for inpatient status because he had a pigtail for drainage and a small pneumothorax.

These are just two of many similar cases I have encountered as a hospitalist. Most of what has been written about observation status have been for Medicare patients for which CMS might be revamping this policy.

For patients with private insurance, their share of the cost will depend on the specifics of their plan. Both of these patients spent more than two nights in the hospitals, sharing a room with patients with inpatient status even though they are technically an outpatient.

Some patients understandably became anxious and worried when informed about their “OBS” status, on top of whatever issues that brought them into care in the first place.

In my experience, less than 10 percent of peer-to-peer calls resulted in the health plans’ reversal of OBS status decisions. These reversals are not “wins” by any means, but these encounters left me with disgust for a system that consumes my time away from direct patient care.

At any one time, I might have 1/3 or more of my inpatient census deemed OBS status. My years of training and 25+ years of experience inform my assessment of patients as sick vs. not sick and needing to be in the hospital vs. could be managed as an outpatient. These are totally disregarded by our for-profit health care systems (even by the so-claimed “non-profit” hospitals and insurers).

For me, as a primary care physician and a 10-week a year academic hospitalist, these incidents just add to the frustration about our broken health care systems. Every admission criterion or rule that is recited by health insurance companies and hospitals is to control cost, which makes perfect sense for corporate medicine. I’m angry that my name is often used on letters to patients denying medication coverage, diagnostic testing or inpatient stay.

I’m even more furious about the cowardness of medical directors to hide behind their decisions and to use the attending of record as their shield from patient outrage.

Many of my colleagues have given up. It’s too hard to fight, so just accept what is filtering down the chain of command and let the patients deal with the financial consequences later, hopefully when they can’t even recall the names of the doctors taking care of them in the hospital.

The first patient was furious, while the second patient was too sick to understand or care about the complexities of the situation that had engulfed him.

For each of the cases that I disagree with OBS status, I would have spent 15 minutes emailing, 30 minutes total phone time (between calling to give information followed by a discussion with a health plan’s physician), and an equivalence of two hours of anguish and frustration — oh sure, I made up this latter number.

This is part of the administrative burden placed on physicians. You ask me why many health care providers experience burnout, why nurses are leaving the profession, and why Americans have poor health overall. I refuse to let myself become numb to these repeated micro-traumas because I want the world to hear my cry, or perhaps I still naively believe that we could change the system.

Silence is complacency. To paraphrase Martin Luther King, Jr. ( if he was alive to comment on observation status): “A health care system that continues year after year to spend more money on cost control and administrative procedures than on programs of social uplift is approaching spiritual death.” 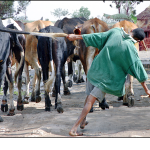 Playing the hand you are dealt 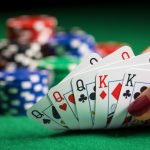