As we anticipated the release of new CDC data on overdose deaths, those of us who specialize in substance use disorders braced for grim statistics, but this milestone was still shocking: over 100,000 lives lost to overdoses in one year, the great majority from opioids. Overdose deaths began outpacing traffic fatalities in the United States in 2013, but 2.5 times as many people died from an overdose as a car crash in 2020. It’s a number that could fill some of our largest stadiums, entirely populate a mid-sized city, and is the equivalent of 270 people dying each day, one every 5 minutes.

To add insult to injury, there are highly effective treatments to treat opioid use disorder (OUD), but the majority of people who need them cannot access them. An estimated 80 percent of people with OUD do not access any treatment in a given year, and of those who do, many end up in abstinence-only-based rehab programs that are not guided by licensed clinicians or the best evidence of what is most effective for this disorder.

Meanwhile, evidence indicates that treatment with methadone or buprenorphine, known as medication for OUD (MOUD), helps people manage withdrawal, lessen cravings, and reduce the chance of relapse. People on MOUD have a 66 to 80 percent lower risk of dying. Further, some studies show that MOUD is three times more effective than stopping opioids without mediation (i.e., detox).

Because of the compelling success of MOUD, the new head of the Office of National Drug Control Policy, Dr. Rahul Gupta, has indicated that he wants to expand treatment with medications for OUD. But to make that happen, we need to implement the following four tactics immediately.

First, we need to expand the use of telehealth to meet people where they are. As the COVID-19 pandemic has revealed, people can receive high-quality health care through a reliable and ever-present avenue: their phones and laptops. Through virtual addiction treatment programs, we can connect patients to providers regardless of physical distance. Moreover, there is an unfortunate, but real, stigma to OUD, and virtual care options also give patients a way to access treatment in a more convenient and private way.

Second, we should also expand access to walk-in injectable clinics, which have consistently demonstrated positive outcomes for other conditions. Too few people live near one of these clinics —  in fact, 40 percent of U.S. counties do not have a medication-assisted therapy prescriber at all, but 95 percent of Americans live within 5 miles of a community pharmacy that could expand services to include long-acting injectables as treatment options.

Third, we must do more to alleviate the financial burden of treatment through creation of vouchers covering MOUD and the overdose reversal drug naloxone. Even after Medicaid expansion and improvements in coverage for treatment, costs and insurance prior-authorization requirements still prevent people from accessing the care they need. We have an excellent model in the successful voucher programs that exist to help people access HIV medications (e.g., AIDS Drug Assistance Program).

Finally, we should reduce the needlessly burdensome amount of regulatory barriers standing in the way. For example, when regulators in Pennsylvania decided which drug treatment-related regulations that had been relaxed at the onset of the COVID-19 pandemic should continue to be waived or put back into place, they were examining a set of more than 500 laws and policies —  just for a single state.

We know regulators can move quickly to confront a health crisis because we have seen it in action. During COVID, the nation eased regulatory burdens at all levels of government to help health systems and doctors leverage technology and change the way they deliver care and to drive vaccine innovation. During the AIDS epidemic, we saw how effectively we could mobilize across the public and private sector to really change the course of the fight. Now is the time to harness the same energy for the opioid crisis.

When you begin multiplying the number of those who have died from overdoses by the number of friends and loved ones who cared about each person and are now experiencing life-altering losses, there are fewer and fewer Americans unaffected by this crisis. The status quo is not only failing people with opioid use disorder, it’s failing all of us.

Arthur Robin Williams is a psychiatrist.

From the prison of my job to freedom 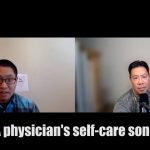