I would like to say that this is a story much like the tortoise and the hare, only it isn’t. There is only one character in this story, the hare. The High Achiever and The Motivated Drinker are the same character and are driven by the same human instinct.

Have you ever wondered why a strong-willed, intellectually above average, high-achiever tries and fails to say “no” to one glass too many of their favorite tipple?

Have you wondered why that same person wakes full of anxiety, regret and self-determination to “do better today,” only to rationalize doing it all again by that same evening?

Is it peer pressure? Is it ‘just what we all do’? Is it because mass consumption of this highly addictive drug is a normalized affliction?
It is all three of the above, and it is also so much more.

Alcohol hijacks the very motivation which enables our human survival.

Without it, none of us would be here. Alcohol short-circuits our motivation and learning mechanism, and it short-changes us.

Your ancestors were hunters and gatherers, foraging and seeking food for nourishment and survival. If they had been metaphorical couch potatoes, they would have starved to death.

If they had no ability to feel motivation from the release of dopamine, they would also have become malnourished, which would be the end of our species.

Dopamine is released as a reward for us working to get what we need to survive. It is an essential driver for every high achiever.

Your distant relative would have searched and then found a place to forage for berries. They would have felt a burst of feeling gush through them when they found the berries and very likely went back with to their tribe full of excitement to share their triumph.

The next day, they would have gone back to the same place, expecting to feel that same rush of “excitement” when they got there. Only they are disappointed because the feeling isn’t quite the same as it was initially.

They look at the berry bush and think, “Is that it?” But they want that feeling of discovery again, so they start to seek again, and in the finding is their reward and our ensured survival.

Your ancestors needed to go further afield. They needed to stretch themselves to find different and varied sustenance.

They could not go back to the same bush and expect the same result. It was, and is, physically impossible.

To get the same level of “feel good” rush on spotting their prize, they needed to go further, do more, push that extra bit harder. They needed to work.

That is why high achievers are so good at achieving high. They, too, mirror their ancestors, striving further afield for that “feel good” feeling of having achieved a goal.

They then set their next goal because that “feel good” feeling soon dissipates.

Now, let’s go back to your favorite tipple and the alcohol dopamine hijack.

Alcohol consumption causes the same release of dopamine that comes with the “I’ve got it!” feeling.

You will also note with interest that the relief comes almost immediately when the glass is in hand and way before the drug in the drink has even hit the drinker’s system. Doesn’t that demonstrate that this is a psychological problem?

It actually takes between 10 to 30 minutes for the ethanol to take effect.

It is impossible for a drinker to repeatedly get that same feeling from consuming the same amount of alcohol, in just the same way that our foraging ancestors were pushed beyond their initial berry bush to get their “feel good” feeling.

The drinker is also motivated to seek that “feel good” feeling, and even as they seek it, the feeling always diminishes.

The difference and key problem here is in the hijacking process. The high achieving drinker doesn’t need to work or go further afield to find the feeling they are motivated to seek.

They just need to walk into the bar, stop by the store or walk to the pantry and pour another glass.

The result is always ever-diminishing returns. It can never be different. We are our ancestor’s biology.

What is the way for a strong-willed, intellectually above average, high-achiever to end the backward slide of alcohol motivation?

The answer is to see through the illusion and shift your paradigm. What we are not motivated towards, we don’t want. When we don’t want alcohol, there is no goal, and the hijacker has lost its hold. The hare wins.

There is no contest. Game over!

Michaela Weaver is an alcohol coach.

A PSA from a neurologist to the medical community 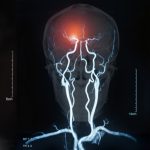 My colleagues didn't take good care of me