This year, I lost too many close and extended family members to COVID-19. As a medical student, I was stunned to see a virus take a grasping toll on my life and surroundings. It was frightening, to say the least. Throughout the period of grief, which I’m still experiencing, I’ve learned a lot and have become more knowledgeable. Unfortunately, I learned that there was a common denominator among those in my family and beyond who lost their lives to the virus. It was as simple as this: They were mostly males who refused the COVID-19 vaccine.

One of the biggest public health concerns is the vast percentage of Americans that still are unvaccinated. This has been an ongoing concern since the start of the pandemic. According to a recent survey by KFF, 3 in 10 Americans remain unvaccinated. When deciding to get a vaccine, many determining factors may be present. Too many, it isn’t as easy as getting the usual seasonal flu shot.

So, what exactly goes into the thought process when deciding to get a vaccine? Many might assume it’s the health status: Are they immunocompromised or not? Racial and ethnic disparities may play a role and one’s political stance and opinions. Or, is it as easy as age? According to recent data published by the Kaiser Family Foundation (KFF), the older the person is, the higher the vaccination rates become. However, a major consistent determining factor happens to be the sex of an individual.

Recently, Wisconsin was found to have a stark difference in vaccination rates among males vs. females. Specifically, when it comes to getting at least one dose, as of November 28, a total of 55.2% of males 12 and older have done so compared to 62% of females, with the share fully vaccinated at 52.3% and 59.2%, respectively. In addition, the gap became larger as the age increased among the population. As surprising as this may seem to the general public, women have been consistently getting vaccinated at higher rates than men since the vaccine first became available to the public. It has been a recurring phenomenon, with a higher percentage of women receiving the first dose and being fully vaccinated in comparison to men.

This gender gap has also been seen outside of Wisconsin, including in California, Florida, and South Carolina. Nevertheless, it extends even to British Columbia and Canada. But the question remains, why does it exist?

According to a diagnostic radiology resident at Boston Medical Center, Hamza Rahimi, women may be apt to get the vaccine because of their role in today’s workforce. “The majority of today’s workforce in health care and beyond comprises hard-working women, which is why they may prioritize getting the vaccine before males, “he says. Based on  NWLC data, the workforce is 57% women, which accounts for the majority in fact being women. In addition to this, females are known to have longer lifespans which means they were more likely to receive the vaccine during the first eligibility period. This might contribute to a higher proportion of those vaccinated being female. Along these lines, women of all ages, races, and backgrounds tend to take advantage of available health services around them more so than men — which is one reason they live longer.

This leaves the question: Why are males less likely to receive the vaccine? According to a 2019 study by the American Journal of Men’s health, the perception that most men carry as being “tough” has led to many men avoiding seeking care. They call it “toxic masculinity,” and it is indeed toxic. Earlier in the pandemic, this was noticed as more men were refusing to wear masks. Now, some continue to embrace their toxic masculinity even during the height of the pandemic by refusing to get a shot that could very well save their life.

However, this rigid perspective needs to change as COVID-19 has been shown to kill more men than women. In the United States, about 13 men have died of the disease for every ten women, according to data collected by The Sex, Gender and Covid-19 Project at University College London. This correlates with data from the Centers for Disease Control and Prevention data that states around 38.5% of the male population have been vaccinated, compared to 43.3% of the female population. More men are unvaccinated and more men tend to die from COVID-19. Is this a coincidence? This only sets the pace to diffuse this gender gap as soon as possible.

In the grand scheme of this ongoing gender disparity in vaccination rates, there are obviously too many factors to consider when trying to decipher the depths of this phenomenon. The vaccination gap still stands as a dominant public health crisis from politics to personal beliefs. The main step forward is for public health officials to continue investigating what’s holding men back to better address the imbalance. With specifically pinpointing the roots of this imbalance, this gap can ideally be shortened over time. And with that, many lives can be saved.

Murwarit Rahimi is a medical student.

Physician job search: 4 things I wish I had done differently

The value of our time is equal 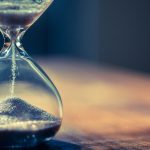