An excerpt from PLAYING DOCTOR – Part One: Medical School: Stumbling through with amnesia.

As was her habit, she [the surgical chief resident] had called to check in with a surgical nurse to see how each of her patients was doing. They were discussing each patient when the nurse stopped to mention that there was a code team outside a room on the sixth floor with a collapsed patient.

My girlfriend quickly realized that it was one of her patient’s rooms, then raced back to the hospital, sprinted up six flights of stairs, and dashed onto the sixth floor, where she encountered a chaotic group of people surrounding one of her patients lying unconscious in the hallway.

The internal medicine residents and attending physician running the code were about to shock the unconscious patient because he had no pulse. As we’ve discussed previously, no pulse is bad.

Suddenly, in the middle of their efforts, and much to everybody’s surprise, the 5’1” surgery chief ran up, injected herself into their midst, ordered them to stop, and demanded a pair of scissors.

Nobody moved. The internal medicine attending exploded, wondering who the hell she was and what she was doing. It was his medicine team in charge of the code, and this patient had no pulse. Protocol was shouting for an immediate electric shock to the stalled heart.

Paying little or no attention to his barrage of questions, she grabbed a pair of scissors and now, to everyone’s complete and utter shock, cut open the patient right through the surgery wound on his abdomen.

Let me recap in case you don’t quite appreciate what’s going on: she cut open a person’s abdomen in the middle of the hospital hallway—and then stuck her hand inside the patient!

When the chairman of surgery came racing down the hall, he found his chief resident on the floor wearing a full-length skirt, with her arm deep inside an unconscious patient, asking, “Is there a pulse yet?”

And she kept calmly asking the nurse, over the barrage of shouts and chaos, “Do you have a pulse yet?”

Suddenly the nurse announced, “We’re getting a pulse!”

Which immediately quieted everyone.

Being an astute surgeon, she remembered thinking that the patient’s splenic artery had appeared weak when they operated on him. She correctly guessed that the weakened artery had started bleeding, and that his collapsing in the hallway was due to his rapidly losing blood internally. She had clamped the patient’s aorta against his spine with her hand to stop any further blood loss.

From the sixth-floor hallway the patient was rushed to the O.R. with my girlfriend riding on top of the gurney, pressing her hand against his aorta, keeping the guy from bleeding to death.

She then performed the surgery to complete saving his life.

The guy took a while to recover. Being deprived of blood to the brain had its detriments; when he awoke, he was convinced the 5’1” blond surgeon in the room was his daughter. When he was informed that no, she wasn’t his daughter, he apologized, “Sorry, you must be my nurse.” That comment, one she heard all too frequently, did not go over well.

To put this somewhat crazy event into perspective, within a day or two, the story became the stuff of legends told throughout surgical residencies across the country—and this was before social media sites existed to virally immortalize kitten videos.

Opening a patient in the hallway and using her hands inside the guy to save his life? This feat, treated by her as nothing more than a routine surgical moment, was akin to knocking a grand slam homerun in the ninth inning of the World Series in game seven to win the game—well, something like that. It’s what little kid wannabe surgeons would dream of if they cultivated a sense of creativity.

And to be fair, I thought it was an exciting episode, but she was always running off to save lives as a surgeon. The moment however, that finally put this accomplishment into perspective for me occurred when I was having dinner with her brother, the ace of aces surgeon, along with several other all-star surgical resident friends. This was a few weeks later, and without her present.

Eventually their surgery discussions (because that is pretty much all that this group of surgeons discuss when stuck together: surgery, ultra-marathon running, and more surgery) turned to loudly bantering back and forth about the whole event.

They boisterously argued about how much better they would have handled the whole situation, and wished they had been there to save the day instead of her:

“Can you imagine being that lucky?”

“Should have been me.”

“Oh man, I would pay to have something like that happen.”

All the young surgeons agreed that this was their medical wet dream, being the rebellious action hero, on center stage, in such a grand case, in the middle of the hospital, no less, calmly saving a life in front of everyone with attending physicians yelling at you.

Then there was a moment of silence, total quiet as everyone reflected on the event …

“But you know what?” her brother finally said, looking around at everyone, then shaking his head and chuckling, “I never would have had the balls to do it.”

And every single surgeon around the table slowly nodded their head in agreement—they wouldn’t have either.

John Lawrence is a physician and author of PLAYING DOCTOR – Part One: Medical School: Stumbling through with amnesia.

Orthopedic eponyms: Where are the women? 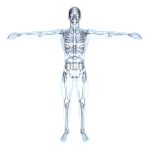 Why the health care industry must prioritize health equity

The dream of every young surgeon
1 comments