When our pediatric clinic added the PEARLS (Pediatric ACEs and Related Life-events Screener) questionnaire to well-child visits, we were worried that we would uncover trauma that we didn’t know how to address. Our physicians feared that the volume of patients with high scores would be overwhelming. We contended that this additional work was impossible because we don’t have support services like counseling. Beyond that, we expected our patients would be frustrated over answering more questionnaires.

None of those worries materialized. Here is what actually happened.

The most unexpected result has been the number of patients who say “thank you for asking these questions.” Our patients want to be heard. They want us to know what they have experienced, but they don’t know that their experiences are clinically relevant to share until we ask. I’ve even attracted new patients to our practice when they learned that we routinely do trauma screening.

An example of the screening’s benefits: For one five-year-old girl, when I reviewed her chart before her well visit, I found that her PEARLS score was only a 1 but indicated she had a parent with a mental health issue.

After I reviewed her growth chart and vaccines with her mother, I asked what questions or concerns she had. The mother said she worried about her daughter’s behavior. She said her daughter is generally easygoing and kind, but if frustrated, she yells at her little sister and says very mean things. The mother said she realized after filling out the PEARLS questionnaire that she herself yells in exactly the same way, and her daughter is copying her. The mother confided that she had previously been treated for bipolar disorder but had stopped medication when she moved and hadn’t found a new psychiatrist for herself.

While I routinely discuss behavioral strategies during well-visits, parents surely would not appreciate it if I began the discussion by asking them, “Well, how often do you yell at your kids?” However, in this case, the PEARLS questionnaire prompted the mother to reflect on their family dynamic ahead of time and made this visit more meaningful and quicker! I referred the mother to a psychiatrist, and she later let me know that she had received treatment and that her daughter’s behavior had improved.

Patients are matched with appropriate resources.

I’m embarrassed about how many patients I have referred to gastroenterology whose GI symptoms I suspected were related to stress or anxiety. I’ve begun screening for depression, anxiety, and ACEs in patients with chronic symptoms like headaches or abdominal pain. Then during the visit for their symptom, I tell the patient or parent that I noticed they have experienced difficult events or situations and ask if they think any are affecting them now. One 12-year-old, actually said, “Yes, I think my stomach pain is because I’m worried about my parents.” Instead of ordering labs and imaging studies after she talked with her parents, we made a plan to reduce her stress and scheduled a follow-up visit.

Many patients who present with chronic symptoms don’t need a work-up or a specialist. One father brought his five-year-old to me almost every week with a new, minor complaint. But after reviewing his PEARLS and talking to him about the boy’s mother’s mental illness, I found that the father didn’t need medical care for his son. He needed to be connected to legal resources to establish custody of his son. After that experience, our organization created a list of legal resources to share with patients.

At first, my experience with screening for ACEs frustrated me because I believed that I would have to be a doctor, social worker, nutritionist, and education counselor, among other roles. But I don’t — much as I screen for hypertension but refer to cardiology for management. I can screen for ACEs and identify needs and refer to community resources. Our clinic is now identifying those community resources and collaborating with community partners. However, there have been far fewer patients with high ACE scores than we expected and much more appreciation from our patients for asking about their lives.

Wendy L. Hunter is a pediatrician.

My colleagues didn't take good care of me

Hasan Minhaj's joke at the expense of DOs 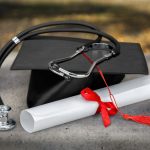