In a world where everything is fast-paced, I believe we miss out on some stuff that deserves our attention.

My patient and colleague suffering from liver failure secondary to hepatitis in pregnancy who died. It reminded me of the time I had hepatitis and recovered after a week of crazy weakness and rest. A belated thanks for health to the Lord above.

The young boy who died secondary to electrocution. My family members have often been subject to exposure to an electrical current while turning on or off the water motor. It’s a very common ritual in our household. Anyone reading this should feel grateful for not succumbing to such an accident.

The doctor, a patient with diabetic ketoacidosis. She was admitted because she quits her medications when she sees her ex excelling. Most of us exhibit a very passive-aggressive behavior of comparing our lives to our peers and self-sabotaging ourselves. Is the grass really greener or the other side?

The patient who recovered from organophosphate poisoning. Long after a month’s ICU admission, he was on the ventilator and his family on pins and needles praying for him. The poisoning was because of yet another love story not working out. However, the people who suffered the consequences were his parents.

Is life really worth giving away for these incidents that won’t matter in the long run? Or is therapy a very underused treatment in my part of the country? Can something be done to encourage awareness? The thought of going to a psychiatrist or a therapist is still taboo.

The diabetic 15-year-old patient. He approached me with hopeful eyes begging me not to increase his insulin dose. But at the same time, he couldn’t resist the urge to eat ice cream and chocolates. In all his innocence, he asked for a drug that would stop the urge to eat desserts or maybe some religious recitations that would help curb this urge.

I couldn’t help but wonder if I had it, my layers of adipose wouldn’t have existed, and the number of times I have drowned my sorrows in a tub of ice cream.

What a privilege to have desserts without the fear of landing in the emergency department!

While it is a weekly activity for some of us to look up new cuisines and try them, there are people who cannot think about and live through this.

Taking stock of all these experiences, I feel like I have no answers. They lead me to a space of unrest and dissatisfaction for not having a pill that would instantly drop 10 kilos, cure hep E, curb food craving or resolve a heartache.

But I feel grateful for bypassing most life hurdles that people live with, those hurdles that life chooses for them rather than themselves.

Natasha Khalid is a physician in Pakistan.

Superheroes can have disabilities, too [PODCAST] 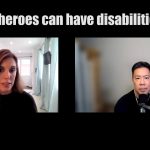 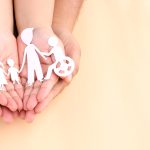