In the ongoing saga of the pandemic, there is the debate whether to wear a mask or not. These are physical masks that temporarily hide our face, but we all wear another type of mask, a metaphorical mask. These are the masks we put on to present who we want the world to see. People who are referred to as having “high functioning autism” often put on the greatest masks of all; masks that society does not allow them to take off. “High functioning autism” is a term used to describe people with autism spectrum disorder (ASD) that have average or above IQ level and good language ability, which currently is about 44 percent of autistic people. As our understanding of autism expands, this number will grow. It is this group that is often left behind in advocating for individuals with ASD. The term “high functioning autism” obfuscates the real struggles that they endure. You may not realize there is a person with autism in your world hiding behind a mask that you could help.

We should all care about people with ASD because they are likely already a part of your life, though you may not recognize it because of their masks, especially if they are characterized as high functioning. The primary criteria for autism include difficulty with social communication, restrictive and repetitive behaviors. This struggle with social communication often impedes their ability to get the help and support needed. It impacts friendships, relationships with colleagues and significant others. There is a high percentage reported of feeling lonely. These struggles contribute to people with ASD being three times more likely to commit suicide than the general population. This became painfully clear recently after a 10-year-old autistic child committed suicide. Recognition and support will save lives.

I have been treating people with ASD for almost 30 years now. We can all help support people with ASD. The first step is to recognize some fundamentals about ASD. The criteria for ASD include difficulties in social communication, restrictive and repetitive behaviors. The difference is how much the outside world sees and hidden behind the mask they are forced to wear. The perception is if they are “high functioning” they can figure things out and don’t struggle in the same way as others with ASD do. However, the impact of their symptoms can greatly affect their functioning. For instance, struggles with social communication include difficulty in reading social cues and understanding innuendos and jokes. Ever see someone be overly blunt or say a joke at the wrong time? That person might have had ASD. I have had patients ask me, “What is wrong with telling the truth? Why would anyone lie?” These are the thoughts that to me are endearing but are often shunned or laughed at to the outside world.

Sensory issues are another area that is frequently an issue. Sensory issues involve touch/texture, sounds, light, and smells. Someone could be over or under-sensitive and think people are yelling when speaking in normal tones or need to bump into things to get sensory input. While society encourages people to “be yourself,” what if their self is extremely sensitive to noise, smells, or touch? Some have described it as akin to their head exploding when a sensory trigger confronts them. Autistic individuals are misunderstood and frequently expelled or fired from work for appearing unfriendly or having an “attitude.” Research by Helen Tager-Flusberg reveals people characterized as high functioning are likely to pretend they understand and less likely to ask clarifying questions. This characteristic only plays into the societal message to be yourself only if being yourself matches the expectations of the non-ASD world. Autistic people learn that the goal of “being yourself” is to be like a non-ASD individual. An article by  Christine M. Condo and Temple Grandin’s TED Talk further explicates the struggle. These struggles are done in the shadows and often go unrecognized.

Yes, many people with ASD can figure out how to “fit” in, and people will say things like “oh, you don’t look like you have ASD,” as if that is the reward for pretending to be someone they are not. I task those who read this to look again at people they have dismissed as odd or rude and see past the initial impressions to find the beauty in them. I task us to look past their masks and let them come out from the shadows to embrace the riches people with ASD can bring to our world.

Lisa Yeh is a psychiatrist.

In a moment of crisis, I made a decision to survive 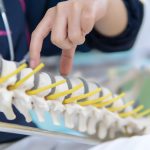 We need each other, as COVID pulls us apart