Have you ever been to a new city and realized you’d been pronouncing a street or a town name all wrong? Have you ever been from one of those cities and has it broken your heart to hear someone call Copley Square Cope-ly? Or pronounce the Schuylkill River or Worcester how it is spelled?

This is how neurologists feel when you call a stroke a cerebrovascular accident, or a CVA. It’s just … not what we do. Maybe it was in 1992, and maybe it is in the world of billing and coding, but it’s not 1992, and billing and coding have never made sense.

If we did call it a CVA, there’d be a high-impact factor journal called CVA instead of one called Stroke. And the International Stroke Conference (ISC) that brings together hundreds of thousands of stroke (not CVA) neurologists from around the world would be called the ICVAC. That acronym is just not as sexy or easy to say, you get the drift.

When I chose neurology as my specialty, my medical school friends made fun of me and said that my career will be punctuated by arguing about the dose of aspirin, aspirin and clopidogrel versus aspirin, or any of the above versus anticoagulation. While they have a point that there are various interpretations of the data for secondary stroke prevention, the truth is that the subspecialty of stroke has made leaps and bounds over the last twenty years. While neurology used to be mocked as the specialty of “diagnose and adios,” thrombolytics and endovascular intervention have changed patients’ and families’ landscape and lives.

All specialties have their thing—a pet peeve that other specialties pervasively get wrong or don’t understand. In fact, some specialties change the names of diseases so often, (here’s looking at you, rheumatology), that it’s hard to keep track. However, this is like calling Chaz Bono “Chastity” or Mumbai “Bombay.” OK, maybe not as serious as gender identity or independence from British rule, but look around. If neurologists aren’t doing it, don’t do it.

While strokes do occur suddenly, we know enough about risk factors that they are as much accidents as heart attacks, gonorrhea, and the common cold. And luckily, there is an army of nerds who love to study said risk factors and interventions and will one day answer the age-old question, aspirin or anticoagulation? The answer to that question will likely depend on not only stroke etiology, but things like cardiac morphology, inflammatory markers, and genetics. It’s impossible to know all the ins and outs of all the medical specialties these days, but it’s on all of us to at least notice and respect something as glaring as a name.

Aleksandra Yakhkind is a neurointensivist. 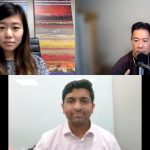 The high achiever and the motivated drinker 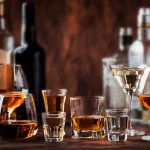 A PSA from a neurologist to the medical community
1 comments