I have been following the controversy surrounding the approval of the new Alzheimer’s drug aducanumab with great interest.  Until a year and a half ago, I worked as a neurologist in an adult general neurology clinic.   Many of my patients had dementia.  While I thoroughly enjoyed seeing these patients and their family members, I often felt helpless when treating them.  When I left clinical practice to explore a non-clinical career in the pharmaceutical industry, I envisioned helping patients with neurological conditions by bringing much-needed drugs to market.  Drugs like aducanumab.

Aducanumab is the first disease-modifying drug approved for Alzheimer’s disease (AD) and the first AD medication to be approved in nearly two decades.  This should be exciting.  Instead, I find aducanumab’s approval both confusing and worrisome.  Simply stated, the drug has significant side effects, and it is unclear whether it has meaningful clinical benefit.  Despite the eleven-person neurological advisory board almost unanimously voting against approval, the FDA approved the drug this past summer via the accelerated approval process.  Subsequently, three of the neurologists on the advisory board quit, and there have been multiple editorials questioning the integrity of the FDA and its relationship with the pharmaceutical industry.

Within the pharmaceutical world, the approval of aducanumab is exciting.  It may pave the way for the approval of other AD drugs and drugs for other indications via the accelerated approval process.  At heart though, I am still a clinician and cannot help but imagine what I would do if I were still in practice.  Until there is more information about outcomes, I would not be inclined to prescribe it.  However, I suspect there would be great pressure from desperate patients and their families, and likely from the hospital system.

Closer to home, I contemplate aducanumab as it concerns my father-in-law, a retired cardiologist with mild AD.  Both my in-laws are declining.  They seem to be in the emergency department weekly, if not more often, and we are in the process of increasing their supervision via hiring a concierge physician and engaging a social worker to help them.  Recently, my father-in-law had multiple side effects from sequential trials of two acetylcholinesterase inhibitors discontinued due to intolerance.  I worry how he would fare if he had side effects from aducanumab, particularly symptomatic amyloid-related imaging abnormalities (ARIA), the anxiety this would cause, and the multiple MRIs and clinic follow-ups.

Last summer, my in-laws asked me about this pipeline drug they had heard about.  At that time, I told them the approval of aducanumab was unlikely and I did not revisit this with them once the surprise approval occurred.  More recently, I felt shame over keeping this information from them.  In my attempt to protect my in-laws, I deprived them of their autonomy.  At Thanksgiving, I came clean and told them about it, but fortunately, at least for now, my father-in-law’s neurologist does not plan on prescribing this drug.  I admit I am relieved.  I do not have to navigate the politics of aducanumab with my in-laws or with patients.  My former colleagues are not so lucky.

Setting boundaries and the power of saying no 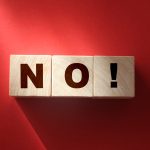 Men's health is a catastrophe. Here's how we can help. [PODCAST] 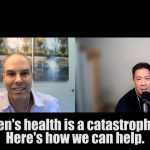