Like most parents, my children are my world. I would do anything to protect them and keep them healthy. It is Darwinian. Instinctual.

Most of us get by with a combination of sage advice from generations past interspersed with a “know better do better” approach. Personally and professionally, I encountered this duality pretty quickly. In March 2016, my husband and I hopped on a plane to Los Angeles with our 4-month-old daughter with the purpose of both visiting grandparents and attending the American Academy of Allergy, Asthma and Immunology meeting.

A few months prior, the LEAP (Learning Early About Peanut Allergy) trial was published. The old paradigm of avoiding potentially allergenic foods was tossed aside as new data emerged. As this data was extensively discussed, debated, and expanded upon during that meeting, you better bet that as soon as Charlotte could sit up, she was the poster child for early introduction. I wanted to do anything and everything possible to minimize her risk of developing a life-threatening food allergy.

Somewhat ironically, nearly three years later, our family’s life was turned upside down by my younger daughter’s diagnosis of food allergy. That same month, I learned that my ongoing fatigue, brain fog, and pain were due to a diagnosis of Sjogren’s syndrome. This was a reality check—a wake-up call.

In all honesty, as a two-physician household, we were constantly living in survival mode. Working long hours, eating on the go, not prioritizing sleep or exercise. It was only a matter of time that our lifestyle was going to catch up with us. If it wasn’t allergies and autoimmunity, perhaps it would have been hypertension or diabetes.

I felt so much guilt. What had I missed? What did I do wrong? What could I have done to prevent this from happening?

Over the last three years, I have refocused personally and professionally on modifiable lifestyle strategies to optimize our family’s health. My approach has been guided by a combination of evidence-based crunchy and practical. Striking some semblance of balance between the two was increasingly important over the last year as I was pregnant and welcomed our son to the family.

Here are five evidence-based strategies our family is using to minimize the risk of developing additional allergic and autoimmune diagnoses:

1. Nourish to flourish with a diverse plant-predominant diet rich in fiber, omega-3 fatty acids (from seeds, nuts, and cold-water fish), zinc (nuts, legumes, fortified cereals), and selenium (brazil nuts, meats, seafood). Routine use of vitamins and supplements is not generally recommended, but the large well-done VITAL study demonstrated benefit of vitamin D and omega-3 supplementation in preventing lupus and related diseases, especially for those with a family history of autoimmunity.

For allergy prevention, the data and recommendations are clear. Early introduction of potentially allergenic foods should occur as soon as the infant is developmentally ready for solids (typically around 4 to 6 months of age). Of note, for children with a history of moderate to severe eczema or egg allergy, allergy testing before peanut introduction is recommended.

2. Maintaining the skin barrier to minimize the risk of allergies and asthma. We know eczema is associated with later development of these other allergic conditions. A leading hypothesis is that when the immune system is introduced to potentially allergenic substances through an impaired skin barrier, it is more likely to mount an allergic response rather than developing tolerance. Aside from hand hygiene, we use mild soaps focusing on visibly dirty areas in the bath or shower. Additionally, moderating water temperature and applying a thick, fragrance, and phthalate-free moisturizer immediately after bathing is also recommended.

3. Detoxing the home sounds like something you would expect to see on a non-scientific mommy blog. Still, increasingly data has demonstrated the link between exposure to smoke, plastics, pesticides, and pollution in developing allergies and autoimmune diseases. Simple strategies include taking off our shoes at the doorway, vacuuming and wet mopping weekly, and avoiding flame retardants. We also stopped microwaving foods in plastic containers and switched cleaning, cosmetic, and personal care products to “cleaner” formulations.

4. Tolerating a little dirt has been one of the hardest changes for my husband to accept. Exposure to bacteria and specifically their endotoxin appears to help the immune system maintain a bit more balance. Since I am unwilling to give up using our dishwasher, which was associated with an increased risk of atopy in one study, I am ok with my kids having a little dirt under their nails or eating some veggies straight out of the garden. Along similar lines, minimizing the use of antibiotics is also recommended.

5. Promoting rest and digest mode to counter the go-go-go sympathetic-driven modern lifestyle. We have limited the girls to one scheduled activity weekly opting instead to allow for more free play. Additionally, we are doing our best to expose them to meditation, movement, and expressing their feelings to minimize the toxic effects of stress that are known risk factors in developing chronic disease. Last but not least, sleep and a regular bedtime routine are non-negotiable when supporting immune system health.

The biggest change in our family over the last few years is the acceptance of progress over perfection. We have redefined success to align with our current reality. Each day we do the best that we can with the information, time, and energy we have. Some days, it still may be a trip through the drive-thru. Fingers crossed that it will balance out when my toddler picks up an endotoxin-covered snack off the floor after the 5-second rule has expired.

Kara Wada is an allergist-immunologist.

The social imperative of health 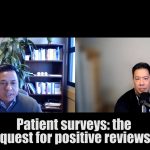