It began with a seemingly innocuous text from a friend of the family.

The last time we spoke was at my brother’s long-postponed “celebration of life,” which we were able to hold a year after his passing finally. Our friend attended the wake, so feeling a sense of appreciation for his support during that time, I called him immediately, hoping to find a way to show my gratitude for his presence and comfort during that difficult time.

“Great to hear from you. How can I help?”

His last two sentences overlap my knee-jerk inner monologue, verbatim. But I kept my inside voice, inside. I let him continue, thinking ahead of how I might best respond to his bold and brash request. A number of thoughts crossed my mind: He’s an unlikely vaccine convert. Where do I even begin? How do I crush my friend’s hopes while still maintaining the friendship? How incredibly rude and presumptuous. I could lose my medical license.

Indeed, in California, sympathetic and misguided clinicians face a great deal of scrutiny for falsifying medical exemptions for their COVID-19 vaccine-resistant patients.

Because I grew up next door to him and his family and showed compassion during our loss, I allowed him a bit more leeway than I would have otherwise.

He continued his rant over his personal political archvillains who most assuredly co-conspired to force him to yield to the dreaded “jab.” His tone, vitriol and position were clear and in direct opposition to my stance on the issue of COVID-19 vaccine safety and efficacy. A political stance so extreme, I had to detach myself, struggling to float above the polarity. It was from this objectivity the best response was clear … be compassionate … you don’t have all the answers… and despite you thinking you fully understand his position, you don’t.

At that moment, whatever life experience or clandestine social media exposure to mis- and disinformation he may have endured to bring him to this very personal crisis, it didn’t matter.

He was calling in a life raft, and that life raft was me.

A sense of humility and honor replaced my hubris and self-righteous indignation for picking up his phone and texting me. Admittedly, he did only reach out to ask me to fabricate on his behalf (as he had no real medical reason to claim), and not to hear a treatise on the virtues of dutifully protecting one’s self and the public from our century’s greatest scourge, but it was just enough raw material to work with, hook me in and throw my friend some rope.

But first, allow me to make clear my bias. As unrealistic and ridiculous as it sounds and is, I’d just as soon see every living organism on planet earth be vaccinated. Yes, even the putrid pangolins and beastly bats from which it ostensibly originated. Humorous hyperbole, of course, but I’m also somewhat satirically serious? I do believe it’s our best way forward if we hope to save lives, ease our overcrowded ICUs and return us to the freedoms we once knew.

Moreover, in the case of this vaccine, in my humble opinion, it’s not worth giving up a hard-won career in medicine to go fight on the mountain-of-civil-liberties-first-or-be-damned. From a purely scientific standpoint, it’s hardly a molehill, much less a mountain to stake one’s claim.

That’s not to say all COVID-19 vaccine options are perfect, nor has their rollout been handled with perfect aplomb, but under the enormous weight of roughly 8.5 billion doses safely administered worldwide at the date of this writing, I believe they’re safe and effective enough for the near whole of humanity.

Admittedly, I’m no expert, nor vaccinologist, immunologist, epidemiologist or any other bench scientist on the front lines of creating and improving this incredible technology. I accept the heat for staking my plebeian claim.

However, that’s not to say I agree with draconian measures that force us all to relinquish our personal medical sovereignty or religious rights either. How do we protect the population at large without punitively marginalizing large groups of people who reject the vaccine on good principle and lawful exemption? I believe the answers lay somewhere between compromise and compassion.

Physician and internet personality Zubin Damania (a.k.a. ZDoggMD) promotes the “alt-middle” perspective, which encourages non-polarized engagement in respectful, open discourse, free from fear of cancellation or demonization when we inevitably disagree in whole or in part with one another. Whether it be acceptance of a bona fide, documented previous infection, as is the case in the European Union, or the pope declaring vaccination as an act of love, or reasonably accommodating those with legitimate exemptions, we must find our way.

It was from our sliver of common ground and mutual respect that I was able to begin to pull my friend from the stormy sea. Of course, we weren’t in total agreement. Still, he respected my imperfect opinion, experience and judgment, just barely enough, to listen and consider my pro-vaccine position.

I was gentle, non-confrontational, and convincing, just barely enough, to break through his defenses in a way he could appreciate and assimilate my take on the matter. Not only did he grab my rope, but I was able to pull him safely to shore.

A week later, he received the vaccine without incident, allowing him to keep his job. More importantly, the vaccine is keeping him out of the hospital, protecting him from long-haul COVID and untimely death. It’s also safeguarding those around him. I think my extra time with him was well spent.

Richard Handley is a physician and health care executive.

CPT coding changes: 5 proven methods of how to do more with less 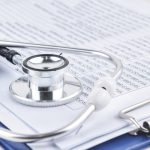 Beware of errors in your medical record 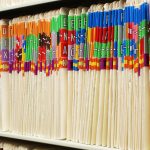 The COVID vaccine is a life raft. I’m not your life raft to get out of it.
1 comments