There was a time, not long ago, when COVID-19 was one of the scariest things on earth. In the summer of 2020, scientists were stunned as infections climbed and deaths spiked. They couldn’t say (exactly) how the virus spread, how deadly it was or how to cure it. ICU beds were filling up while officials scrambled to retrofit local arenas into field hospitals. It was a terrifying time.

Eighteen months later, most leading immunologists believe COVID-19 will become endemic—a persistent but manageable threat on par with seasonal flu—conceivably by the end of 2022.

That would constitute quite the turnaround from today. The coronavirus remains a leading cause of death in the United States with reported cases and fatalities nearly the same this holiday season as last. All things considered, the possibility of COVID-19 becoming endemic (just another American annoyance) should be cause for great celebration.

So, why doesn’t the pending transition from pandemic to endemic sound like good news?

Part of the answer involves the news itself: “That SARS-CoV-2 could be with us forever is a dark thought,” read The New York Times on the same day that Health magazine asked, “When will it be over?” and answered, “Unfortunately … never.”

Why so glum? You see, early in the pandemic, the media reported what experts thought to be true: that we would end this pandemic through herd immunity once 70% of the U.S. population became vaccinated or recovered from COVID-19. And as recently as summer 2021, that destination seemed reachable. Alas, our nation’s collective hope, glimmering one moment and gone the next, helps explain why the news now feels so somber. We thought we had COVID-19 on the ropes, ready to deal a clean knockout blow. Endemicity, by contrast, feels like defeat.

There is a scientific explanation for this feeling of disappointment. Researchers Amos Tversky and Daniel Kahneman conducted a brilliant experiment in 1981 to demonstrate the asymmetry between how humans perceive losses vs. gains.

To start, the researchers split subjects into two groups and tasked them with helping the United States prepare for a hypothetical outbreak of “an unusual Asian disease.” Both cohorts were told that 600 people would die if the disease went untreated. The first group had the option to adopt a program that would save 200 lives. The second group was told that, despite the program, 400 people would die. Of course, the outcome was exactly the same in both scenarios: 200 people would live and 400 would die. But because of the mind’s tendency to magnify losses over gains, the two groups saw the consequences very differently. In the “200 lives saved” cohort, 72% voted to adopt the program. In the “400 will die” group, only 22% favored moving forward.

The lesson: We experience losses, even perceived ones, with far more intensity than we experience gains.

A healthy dose of perspective

In that context, it’s understandable that the “endemic” label smacks of failure rather than victory. After all, Americans aren’t comparing their feelings about a future of endemic COVID-19 to their wildest fears back in March 2020. Instead, the reference point—that thing which lent hope before it was snatched away—is more recent. For some, it might have been the Wall Street Journal headline from February 2021 that read “We’ll Have Herd Immunity by April.” Or the joys of May when even the most prudent among us were maskless and gearing up for “Hot Vax Summer.” Or perhaps some believed the words President Biden spoke in June when he said, “We’re closer than ever to declaring our independence from a deadly virus.”

As the saying goes, unrealistic expectations are premeditated resentments. Now here we are, eyeing the possibility of endemic COVID with dismay and disappointment rather than with unbridled optimism that, someday, we’ll have wrestled this fearsome foe to a draw.

What our nation’s collective mental state needs now is a healthy dose of perspective. For that, here is a trio of useful reminders:

It’s difficult now to appreciate how ominous the COVID-19 forecast looked for most of 2020. In June that year, the U.S. government placed an $18 billion bet on a public-health moonshot called Operation Warp Speed with hopes that scientists would develop and deliver 300 million safe and effective vaccine doses by the new year.

Success was far from a foregone conclusion. Prior to the COVID-19 vaccines, the fastest one had ever been developed was four years (mumps). Nearly all took five years or much longer. And despite the urgency and money previously hurled at curing various viruses, Americans still have no effective vaccine for HIV, no universal flu vaccine, nor any vaccines with long-lasting protection against malaria or tuberculosis. There are also no cures for severe acute respiratory syndrome (SARS) or Middle East respiratory syndrome (MERS), two other types of coronavirus.

Vaccine effectiveness depends entirely on how the human immune system responds. Without incredible luck and even more incredible science, we would still be years away from a safe and effective vaccine. At minimum, the pandemic would persist without a vaccine until at least 70% of the population became infected. Doing the math: 200 million infected American times an estimated 1% mortality rate would have equaled at least 2 million deaths.

Given what could have been, we should be thankful that an endemic outcome is even possible.

2. Even with Delta and Omicron, the death count will drop

In March 2020, CDC officials and academic experts convened behind closed doors to model four possible scenarios for the pandemic. With all reasonable assumptions taken, the group estimated that as many as 1.7 million Americans could die over the course of the illness.

Experts at that time could not have reasonably predicted the emergence of the Delta variant, a strain twice as contagious as the original. If they had known a mutation of the virus would stretch the herd immunity threshold from 70% to 90% of the U.S. population, requiring 300 million people to be immune, a more reasonable estimate of American fatalities (sans vaccine) would have been 3 million. That’s 30% deadlier than even the worst of the worst-case scenarios simulated in 2020.

In our present reality, Delta is causing more than 1,000 daily COVID-19 deaths (based on a seven-day moving average) and the public now fears what Omicron may bring. That will not be so when our nation reaches endemicity.

According to White House chief medical adviser Dr. Anthony Fauci, Americans living in an endemic world “will still get infected” and “might still get hospitalized,” but the rates of new cases and hospitalizations will be so low that COVID-19 will not negatively impact our society, economy or daily life. Rather than fearing or fretting an endemic future, we should regard it as a remarkable triumph in the waiting.

3. Endemic COVID-19 will be no worse than seasonal flu

At the onset of the pandemic, most Americans, including President Trump, assumed the coronavirus posed a similar public-health threat as the flu. Months later, scientists realized that Sars-CoV-2 was five to 10 times more lethal than seasonal influenza.

Compare that set of facts with the reality of a post-pandemic America. Through a combination of increased vaccinations, booster shorts and new antiviral treatments, the likelihood of dying from COVID-19 will have dropped by 90% to 95% compared to early 2020. That should reduce the mortality rate to somewhere between 0.05% and 0.1%, similar to what Americans experience with the flu.

Ask yourself: If we hoped that COVID-19 would be no more dangerous than the flu at the start of the pandemic, shouldn’t we celebrate that outcome when it actually happens?

As with influenza, we’ll need periodic COVID-19 vaccinations, most likely annually. Scientists will make vaccine modifications needed whenever new strains evolve (as is currently being discussed for the Omicron variant). And just as there is a flu drug, Tamiflu, we’ll take pills from Merck, Pfizer, and other pharmaceutical companies to reduce symptoms and need for hospitalization among people infected with COVID-19.

We’ll need to keep washing our hands, wearing masks in areas of outbreak, and sending our colleagues home at the first sign of sickness. But fortunately, endemic COVID-19 will kill far fewer children than seasonal influenza and, hopefully, will kill almost no one who is fully vaccinated and “boosted.”

Of course, COVID-19 won’t be exactly like the flu when endemic. For instance, COVID-19 cases won’t completely disappear each summer and return the following winter like the flu. Instead, the variation will be more geographic and locally manageable.

But, overall, there will be a strong resemblance between the two diseases once COVID-19 is in an endemic state.

It is easy to understand the difficulty Americans have with endemic COVID-19. Regardless of the opponent, we find it difficult to accept a draw when a win once seemed possible or imminent. But make no mistake, endemicity will be a victory for our nation. Whether it takes a year or more, don’t mourn the occasion when it comes. Celebrate the accomplishment.

Innovation in a rural gastroenterology practice using a farm 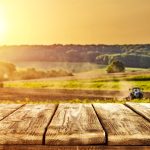 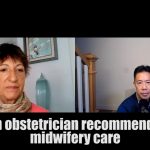