The transition from pumpkin spice to gingerbread lattes may conjure warm, cozy holiday feelings for some, but for those of us who treat trauma patients, it signals the beginning of Ladder Season. There is something in the crisp late Autumn air that is driving people to dust off their rickety ladders and climb onto the roof. Later they will line our ER hallways, a spinal fracture here, a pelvic fracture there, a subdural hematoma down the hall. So, before you rush out to get your Black Friday ladder deal, consider this: Gravity works. In fact, I believe that gravity is stronger during the holiday season.

What is it that compels people to the roof this time of year? One common thread among my spinal fracture patients is the beautiful fall leaves. They gunk up the gutters. The logical time to clear them is right after the heavy rains have stopped, the roof still slick with frost. The leaves don’t know that you are 70 and have vertigo. The leaf mat is so dense, you better bring a leaf-blower up the ladder to more effectively clear them out. You know the kind with the backpack that ever-so-slightly moves your center of gravity backward. While you are up there you may as well get your chainsaw to remove those tree branches that threaten your roof.

The patient with the minor head bonk tells me she was inspired by the beautiful holiday decorations on Pinterest. She felt her festive wreath would look better centered on the second-story brick wall unreachable by her ladder, so she mimicked the karate kick rock-climbing move she saw in the movie Free Solo, losing both the ladder and the wreath.

After spending a weekend looking after gravity’s victims, I looked into the truth behind Ladder Season. A group in Massachusetts similarly frustrated by the holiday rush did a retrospective study of seasonal variations in trauma admissions by mechanism at a single Level 1 trauma center. They found a strong seasonal correlation with falls clustering in the winter season and motorcycle crashes in the summer. A World Health Organization falls prevention study also demonstrated a higher rate of falls in the winter. They postulated that lower temperatures slowed reaction time, or that conditions were icy. Specifically looking for holiday decorating trends, a CDC report estimated 5800 annual United States ER visits related to holiday decorating, with males significantly more likely to be injured falling from ladders and roofs combined.

Perhaps Ladder Season can be explained simply by a Clark Griswold-level ambition to have a spectacular holiday light show and not by unusually hearty gravity. But non-ladder-worthy people find reasons to climb year-round, and they are propelled to the Earth at greater rates in the winter. Turning to NASA for explanations, I found their Gravity Recovery and Climate Experiment (GRACE), which shows Earth’s gravity actually does change from month to month. In fact, a study in China using GRACE data showed over several years that in certain areas, gravity was stronger in the autumn and winter.

Whatever the reason, you may find yourself attracted to a ladder this holiday season. Before stepping on the first rung, ask yourself if the bright lights are worth three months nursing a lumbar burst fracture? Is the expense of hiring a professional to clean the gutters more than the hospital bill for your femur fracture and inpatient rehabilitation? Ladder Season’s fortunate casualties will walk or roll out of the hospital. The less fortunate will not. Instead of climbing on the ladder to place that ugly family tree-topper, sip on a gingerbread latte and remember that the increased gravity of the season is probably why you also weigh more in the winter.

Will the COVID Omicron variant change the world again? [PODCAST] 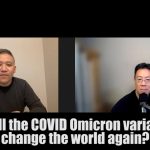 Loneliness and hopelessness are all around us, yet we are missing it