Here — outside with nature — this was where I needed to be. It was raining cats and dogs, unlike the light drizzle earlier in the day.

Earlier in the day.

Earlier in the day, I could still see the casket go into the ground, adding finality to the affair as if death was not final enough. Goodbye, Baba. I was yet to cry. That was why I needed to be here. Nature mourned for me. It shed tears that I could not. It screamed the words that I could not — freely and violently, it moved to the rhythm of my pain. The rain swayed to the whims of the wind. The trees and branches followed suit. All of them drummed loudly on every object. The sun hid behind the clouds, adding something sinister to the orchestral music. A beautiful chaos. Goodbye, Baba.

The poor woman was trying to stay strong for us. She waved for me to come back in. I waved back a “no.” The only person I wanted to see was my mother. But she was not the only one inside the house. There were all these people … people who could not really mourn with me, for him. They knew him. But not like my mother did. Not like I did. So, I decided to stay with nature, the silent observer of us all. It knew him even more than my mother and me. Nature mourned for him like a parent would for their child. It was here I preferred to remember a week ago when I looked into my father’s eyes and saw emi.

My mother screamed. It meant my father needed a doctor — now.

We just visited the hospital days before to refill his drugs. He would be better if he used the drugs. Magic drugs. That is what he called them. I stood up from the mat where I slept beside them to find him not moving.

When he got sick, he moved. He moved a lot. Then, he got better and stopped moving. But he always moved first. My mother noticed me. Her eyes reminded me of a movie. The warrior dropped her sword in the middle of a battle. Her comrades were all dead. But she was not. I never understood why she dropped her sword. She could have fought and lived. But she died. My mother held the same look as the warrior.

Thomas’ mother was already at our door. She must have heard my mother scream. At my parent’s room, I made way for our neighbor to enter first. I looked from her to my mother. They had an unspoken exchange. He was dead. I finally got it. The warrior died twice in battle that day.

“What do you think?” I asked all too eagerly as I knelt beside him on the floor.

From an early age, my daddy groomed his fascination with the English language. He even knew those big words that no one uses anymore, like balderdash or bunkum. He especially liked the silence that followed his “word-drop.” After he said a big word, he would pause, stare into the faces of his audience and bask in the attention. He loved attention, the one thing my mummy could never come to terms within their 16 years of marriage.

“God forbid! How can you write such a thing!”

I saw the humor in his eyes, even as he exclaimed. His typical loud, baritone voice resonated throughout the one-bedroom flat we called home. Another stark contrast to my mother, who liked “peace,” aka silence.

“It’s fictional, Daddy!” I said between bouts of laughter. He knew how to melt my anxieties with humor. He did not have a sixth sense — that was my mother’s gift. He just liked to enjoy life, enjoy it with people. He laughed whenever he could and made sure others did the same.

“Ejo. Please, sir, how is it?” I taped lightly on the paper to bring his attention to the matter at hand.

He stared once again at the page that he held.

I wanted to master the English language like him, so I started by writing an essay about losing a loved one. A random prompt I found on the internet. I wanted to know how good I was or how bad. And he could tell me.

“You have talent. But why use the word “Baba”? Should you be speaking Yoruba in an English essay?”

I thought the same thing too.

He coughed. He had been doing that a lot lately. They told me that he needed better drugs. Actually, I barely heard this as I placed my ears to the door of their bedroom, our bedroom. It was theirs for the time being.

“Do you understand? The doctor said the theophylline that is supposed to help you is killing you! And your asthma is getting worse!”

Silence followed by mother’s declaration. My default was to assume my mother was back to her usual nagging. She was always complaining about one thing or another. To be fair, I also knew that my father spoke on many matters except those that really mattered. His philosophy of enjoying life included not worrying, which included not talking. This philosophy always brought their arguments to a crescendo. I released my ear from the door. I could hear them clearly now. Sweat dripped from the side of my face.

If mosquitoes don’t kill us. The sun will.

“We don’t have the money.” I heard my father say as I strolled to find some “pure water,” the national salvation of the poor.

He coughed again. His asthma was definitely getting worse. I did not know much about science. But I liked to use the dry skin patch on his hands as my asthma detector. The eczema always appeared on the same part of his hands. Still, I was not worried. After all, I lived by his philosophy. He got better whenever an attack came, and this time will be no different.

“That’s my girl! Finish it. I want to read it when you are finished.”

I stood and smiled.

“Ese, Sir!” I said with the usual Yoruba-styled courtesy.

Sarah Fashakin is a medical student.

Is COVID a turning point for sustainability in hospital supply chains? [PODCAST] 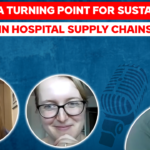 Domestic violence: May the circle be broken 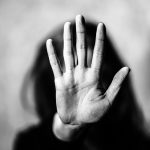