“He’s not even an MD, Jimmy. He’s a DO. This guy can’t even afford the good letters.”

“They’re basically the same, but they’re totally not. MD is Coca-Cola. DO is RC Cola.”

These quotes came from Hasan Minaj’s interview with Jimmy Fallon on The Tonight Show. It spread like wildfire through the DO community. This is not the first time that DOs have been belittled by the media. Barely, a year ago, FIGS Scrubs posted a campaign for their new color release, and the model in that campaign was given a book to hold, titled “Medicine for Dummies,” while sporting a DO credentialed badge.

Why does this keep happening? What is it about DOs that stir up this idea that we are lesser doctors compared to our MD counterparts? What does DO even mean?

DOs and MDs differ in that DOs receive an additional 250 hours of osteopathic manipulation, which trains students to correct structural problems and assist the body’s natural tendency towards health. DOs also receive extra training with a heavy emphasis on anatomy and the musculoskeletal system.

My first reaction when I saw that clip was rage. How dare this comedian mock an entire profession that has sacrificed and put themselves in harm’s way during a pandemic, just as much as their MD counterparts. Then I had a second reaction; while this comedian’s intention likely was to go for the quick and easy laugh, it brought to light more concerning subtleties, and it extends beyond The Tonight Show.

The first subtlety is the power of misinformation. We are living in a time where misinformation is literally killing people. Almost 700,000 people have died from COVID-19 due to false information and a lot of that fault falls onto the media and how it chooses to represent information. Platforms have an obligation to fact-check the content that they will be sharing to their audiences, and The Tonight Show was a perfect example of failure in that process. Hasan mentions the term “DO” and instantly there is confusion across Jimmy Fallon’s face. One can even hear him mutter, “Wait, what is a DO? I don’t know …”

If Jimmy Fallon doesn’t know what a DO is, how can we assume that his audience will also know enough to say, “this comedian doesn’t know what he is talking about.” That’s the terrifying thing about misinformation. It spreads fast and once it’s been released into the world; the amount of work required to refute the false information is infinite. People will watch that clip and form an opinion, and that opinion will be based on a joke that DOs are inferior.

The second subtlety is creating a divisive tone between DOs and MDs. There is no place for it, least of all right now. Physicians do not need to be pitted against each especially when we share the same goal, to help people like Hasan Minaj and Jimmy Fallon feel better once they’ve become sick. It has been an interesting social experiment, watching the discussions unfold, mostly on social media. I see MDs showing solidarity with DOs by defending the profession and their colleagues, but I also see the insidious spread of misinformation and division come out in conversations between MD and DO students; DOs having to constantly justify their existence and MDs having to defend themselves against being “less holistic.”

This begets a much greater task than simply educating celebrities when they slip up on their perspective platforms. It’s going to take a stronger effort to push back against the stereotypes that have originally perpetuated these misconceptions. We need our allopathic counterparts to help because DOs aren’t going away. Currently, 25 percent of enrolled medical students are attending DO programs and the number of practicing DO physicians is greater than 11 percent with the expectation that these figures will double by 2030.

Choosing a physician is a very personal choice and once someone finds a physician that meets their needs and assists them in maintaining or achieving their health goals, that physician becomes integrated into said person’s life. There is a sense of pride a patient has once they’ve found a doctor they trust, and the last thing that should matter is which set of letters follows their name. What should matter is that the physician is there for their patient, willing to put in the work to get them the help that they need. That type of training is unanimous across DO and MD programs.

Polly Wiltz-Medina is a medical student.

Peer coaching as a burnout buffer

The necessity for the globalization of surgery and its barriers 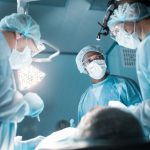 Stigma and stereotypes have no place in medicine
2 comments