Effective SARS-CoV-2 vaccines appeared in record time, with 68% of Italians, 60% of Americans, and 32% of all human beings already having at least one dose. Most of the 138 candidates quit by Phase 2; the German mRNA vaccine CureVac went through an entire Phase 3 trial before flaming out with only 48% efficacy.

Pfizer-BioNTech: Its messenger RNA instructs our cells to fabricate spike protein, which stimulates the immune system. Overall efficacy against the wild strain was an astonishing 95% in Phase 3 trials, with Phase 4 effectiveness at least as good.

Protection is 95% against Alpha-variant COVID-19, 75% against Beta and probably Gamma. But it’s lower against Delta, especially long after vaccination, with reported effectiveness varying from 88% in England to 56% in Qatar and 42% from the Mayo Clinic.

The Israeli government supposedly estimated Pfizer’s protection against Delta at 41% to 64% overall, falling to a scary 16% six months after vaccination, and just 55% against severe disease in people over 65. But when an actual manuscript (click on “preliminary report” in this article) was prepublished, the numbers were less dire: people vaccinated in January were still 55% protected overall during July’s Delta surge, 86% against severe COVID-19.

Moderna: This mRNA vaccine was 94% effective in Phase 3 trials, 100% against severe disease. Similar to Pfizer except, crucially, performing better against the Delta variant, with 86% effectiveness in Qatar and 76% in the Mayo Clinic.

The chief downside of both is the low storage temperatures, an absurd -70º C. for Pfizer. Though that’s sometimes now considered -20º the cold chain is still a barrier, especially in the developing world, as is high cost.

Rare complications include anaphylaxis (10 per million doses), possibly Bell’s palsy, and, unfortunately, cardiac reactions: myocarditis, usually in young men after dose two, pericarditis in older men (10 and 18 cases per million). Almost none have been fatal, and the risk to the heart from COVID-19 itself is far greater.

AstraZeneca: Uses a harmless adenovirus to deliver the spike protein to the immune system. AstraZeneca is cheap and easy to handle. But the methodology behind its chief Phase 3 report was embarrassingly poor, overall efficacy was only 59% in young volunteers, and it is uniquely ineffective against asymptomatic infection.

A better U.S. trial reportedly shows (from press releases) that AstraZeneca works reasonably well, at all ages, if the second dose is given after 4 weeks. Astonishingly, the investigators tried to fudge these results, despite knowing they would be scrutinized with a fine-tooth comb, and had to adjust their top-line efficacy from 79% to 76%.

I emphasize dose timing because a U.K. study claiming AstraZeneca worked better with 12 weeks between doses convinced many countries to institute that gap. Real-world research has shown, though, that one dose protected elderly Scots only 70% against severe COVID-19, and older English only 80% even with two doses – the mRNA vaccines are 90-100%.

Unfortunately, European countries didn’t take the hint from the U.S. trial, maintaining 10-12-week gaps between doses. (The U.K. kept Pfizer at 12 weeks as well, even after demonstrating lower effectiveness.)

AstraZeneca works against Alpha and Gamma but so miserably against Beta (10% efficacy) that South Africa canceled its orders. Against Delta, the estimated effectiveness is 60%.

Vaccine-induced thrombotic thrombocytopenia, especially dangerous cerebral bleeds, first emerged in early March, perhaps as frequently as one in 26,000 doses. U.K. officials steadfastly denied seeing such complications until they “fessed up” a month later — eventually admitting there had been 242 cases, 49 fatal. Most occur under age 50, so Europe began giving AstraZeneca (and J&J) only to older people. Particularly wrong-headed because, as I just pointed out, AstraZeneca performs less well in the elderly using the European 10-12-week schedule.

Johnson & Johnson/Janssen: A viral vector vaccine marketed as a single dose, with overall efficacy peaking at 66% after four weeks. J&J shares AstraZeneca’s clotting problems, association with Guillain-Barré syndrome, and likely low effectiveness against Delta. But it’s better against Beta (64% vs. 10%) and asymptomatic infection (74% vs. 2% [stet]).

SinoPharm and Sinovac: Chinese attenuated virus vaccines. Sinopharm’s Phase 3 trial claimed 78% efficacy, and it is being used widely. The low efficacy of Sinovac’s CoronaVac, 51% in one Phase 3 trial, 42% against Gamma, and low antibodies against Delta, may have contributed to many countries’ surges.

Phase 3 trials, no WHO approval

Novavax: A protein subunit vaccine. Results of Phase 3 trials in the U.K. (published) and North America (announced) showed 90% efficacy. Only 50% against Beta, though, and we know nothing about Delta.

Covaxin: An Indian killed coronavirus vaccine, used by a dozen countries after claims of 78% efficacy.

Holy Grail: mRNA vaccines can be engineered to target a specific variant. Some think it might be feasible to create a universal vaccine effective against all SARS-CoV-2 strains past or future.

Hesitancy: In the highly politicized U.S., giant surges in undervaccinated red states have barely budged no-vax sentiment, though it’s falling abroad. Except in Russia, where vaccine refusal long predates COVID-19, and the skepticism rate is 47%. Germany has the highest rate in Western Europe (19%), Spain the lowest (9%).

Novaxxers most often say the vaccines are “experimental”; others fear side effects, think they’re invulnerable, or believe bizarre conspiracy theories. So the most urgent move is in the hands of the FDA (for Pfizer, mission accomplished) and the EMA: give full rather than emergency approval. Green Passes and mandates are also persuasive. Access issues must be overcome, including by ensuring truly cost-free vaccination in the U.S., where one in four workers have no paid sick leave.

Mix-n-match: Most European countries now give Pfizer or Moderna second doses to people who first received AstraZeneca – mainly to avoid clotting complications, but likely enhancing efficacy, including against Delta.

Boosters: Antibody levels fall, and breakthrough infections rise by six months after vaccination, so most experts think we will eventually all need boosters, ideally universal or variant-engineered. (Beware – the word “booster” is sometimes erroneously used for the 3rd dose the immunosuppressed need to jump-start their immune system.) Should we be giving another dose to people vaccinated in early 2021? Israel already is, claiming rapidly enhanced effectiveness; the U.S. and Europe will follow suit. A post-Johnson & Johnson booster also makes sense, either with J&J or an mRNA vaccine.

The more SARS-CoV-2 around, the more likely new variants will arise, making it especially imperative to vaccinate developing countries. But I can’t fully agree boosters are unethical when fewer than 5% of Africans have had even one dose. Given the falloff in protection over time, boosters for the elderly and chronically ill who were first to be vaccinated are appropriate and timely. 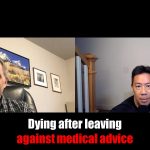 There is nothing soft about "soft skills" 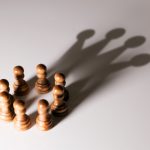 COVID-19 vaccines: the state of the art
1 comments