An excerpt from More to Life than More: A Memoir of Misunderstanding, Loss, and Learning.

The MRIs were illuminated by a lightbox. A small group of us in Dr. Kelly’s office gathered around the images. We were looking at Lee’s brain. It could have been anyone’s brain up there on the wall. But it was our son’s, whose handsome face and playful smile were nowhere to be seen on these pictures.

Our plane had touched down two hours earlier at La Guardia Airport. The air was fresh and crisp, and it felt more like an Idaho morning than September in the city. New York at its best. e smog had disappeared, and you could see everything for miles around. A day that would remind you how lucky you are to be alive. But all I felt at that moment was a dull sense of relief: we had made it to New York on time, and the ambulance was waiting for us on the tarmac.

We pulled up to the emergency room at NYU Medical Center in Lower Manhattan for our meeting with Dr. Kelly. Lee was taken straight to the neurosurgery ward by an attendant, and we were given directions to Dr. Kelly’s office. Wendy and I hesitated, looking back at Lee as he was wheeled away in the opposite direction. He looked far younger than his thirty years.

Dr. Patrick Kelly, a stocky man with ruddy cheeks and a balding head, came around from behind his desk to shake hands with us. Wendy’s brother Peter (also a physician) and Hank Harris, our family pediatrician and dear friend, were there, too. They had both come to New York on a day’s notice to lend their support.

Dr. Kelly asked us how Lee had fared on the flight from Boise. “And what about you?” he added, peering over the glasses perched on his nose, his warmth and direct gaze reassuring. I mumbled a reply, and he nodded. “It’s toughest for the families,” he said.

We handed him the MRIs we had brought from the hospital in Boise, and, within a few moments, he was explaining what he saw on the images. We understood some of what he said, and though much of it went over our heads, there was no mistaking that the diagnosis was bad—and I could see the gravity reflected in the faces of Peter and Hank as Dr. Kelly confirmed what we’d been told by the neurosurgeon in Boise.

“The tumor is extensive,” Dr. Kelly said, his finger tracing the branching path of the shadow in Lee’s brain. “And here,” he pointed to the lower part of the image, “is where the fluid has been building up, where the base of the brain meets the spine. Lee needs surgery immediately to relieve the pressure. We’ll also biopsy the tumor at the same time.”

“How long has the tumor been there?” I asked.

“Alan,” he said, “we have no way of knowing how the first cell got there, how long it’s been dormant, or when it started multiplying. For all we know that one cell could have been there when Lee was born. If and when a cancer cell decides it wants to explode, that’s what it’ll do.”

Dr. Kelly gestured to the chairs, inviting us all to sit down. His chief resident, he told us, would do the procedure. We already knew that Dr. Kelly had made plans for a weekend of sailing in Maine with his wife and friends. Lee, he assured us, would be in excellent hands, and it was not a difficult procedure. Dr. Kelly took his time with us, answering all of our questions. From his down-to-earth demeanor, you would have never guessed he was one of the most renowned neurosurgeons in the world. When Dr. Kelly spoke about Lee, we could see the compassion in his eyes. Lee was not just a faceless patient to him. We were not just another family on his list of morning meetings. Dr. Kelly, we were later told, treated everyone under his care this way.

“Here’s my phone number,” Kelly added. “If at any time during the weekend you have any concerns, please call me. I’ll be back on Wednesday, and, in the meantime, my team will give me regular updates on how Lee is doing.” He looked at his watch. “Lee should be out of surgery in a couple of hours.”

We headed upstairs, and Wendy and I found ourselves once again in a hospital waiting room. We sat, we glanced at the clock on the wall, we paced, we sat, we talked a little, and we flipped through magazines whose words and pictures didn’t register. We kept our emotions stowed away. I don’t cry very often, and I don’t remember if I did that day. But over the next six weeks, there would be times when the ground would fall away without warning and waves of grief overwhelmed me. Tears followed, uncontrollable. I never knew from one moment to the next what might trigger them—certain thoughts or words, hugging a close friend, special memories of Lee.

You do a lot of waiting in hospitals because there’s not much else you can do. Patience takes on the proportions of a steep mountain face with no foothold in sight. Accepting that I was not in control was even harder, an unwelcome exercise in humility for someone who has always seen himself as self-reliant and in control. When it came to Lee, though, I’m not sure I had ever really been in control; I had just convinced myself that I was.

As you wait, you have a lot of time to think. You comb through the past in search of something you might have missed. If we had acted sooner on the signs of his illness—had the cancer been diagnosed earlier—would Lee have had a better chance? You think about your child as a toddler and as a kid and as a teen. Did you push him too hard or not enough? How did you handle his skinned knees and his successes? You remember the first time he got drunk. (Lee was 14 and had discovered the punchbowl at Heidi’s Sweet Sixteen party.) You remember his first hockey goal.

Alan Pesky is founder, Lee Pesky Learning Center. Claudia Aulum is a writer. They are authors of More to Life than More: A Memoir of Misunderstanding, Loss, and Learning.  Reprinted with permission of Skyhorse Publishing.​

How becoming a mother made me a pediatrician 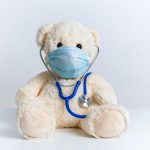 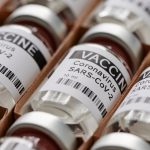