Last week, someone referred to me online in the most shocking terms: a liberal. As I read the phrase, I gripped the pearls around my neck and coughed down my scalding afternoon tea. How could this have happened to me?

With all its newsworthiness to the public, last week was still an ordinary one in the intellectual life of a doctor: Read journal articles, understand new guidelines, disseminate via recommendations. By happenstance, last week’s guidelines impacted the safety of my child.

So, I helped write and organize a letter with my fellow local physicians. The letter’s request: please follow the rules. Listen to the American Academy of Pediatrics and the Centers for Disease Control. As part of a layered approach to get all children, including the most vulnerable, back in school safely, everyone wears masks inside schools.

After signing a letter supporting evidence-based medicine, several physicians received angry anonymous phone calls; colleagues admonished some physicians for participating. (One wonders which scientific organizations the admonishing colleagues follow, but that is a question for a different time.)

As a relative political outsider, and someone who reads Nature and JAMA instead of the New York Times and the Washington Post, was it foolish of me to believe that evidence-based medicine was a stance unto itself?

As I sat back, watching my perfectly baked scones grow cold in their cake stand, I wondered: Why is following medical recommendations now described as a political leaning?

This is the era of guidelines and recommendations for all medicine. The only difference: Now the news covers us like we’re the Olympics.
The protocols for treating COVID aren’t much older or better tested than the vaccine. Even beyond widely accepted (but new) COVID treatment protocols: how many patients and families have called out for anything at all, any drug or treatment — no matter how experimental — once they’re sick? Were the people who aimed to “cancel” me online suggesting they won’t take any evidence-based treatment from a doctor?

A childhood friend of mine recently asked me for help with her mother’s newly detected breast mass. I could have recommended the so-called “expert overshadowed by the institution” and suggested she try using massive doses of veterinary antibiotics as a cancer cure. Instead, I looked up the guidelines for the management of breast masses and referred her to a widely admired surgeon at the Dana-Farber. At that moment: Was I a liberal, or was I a physician?

At Harvard, the internists had a cheeky saying behind closed doors: If there are no side effects, does it even work? Meaning: For all disease and treatments, small numbers of side effects can loom large. This kind of massive risk-benefit analysis is the exact reason individual physicians in modern medicine aren’t generally making things up as they go along. Instead, physicians ground their practice on organizational recommendations (and take continual exams to keep their licensing).

The backlash to an evidence-based doctor’s recommendation shouldn’t have shocked me, I suppose. We have simple, accessible ways of protecting our lives and the lives of our brothers and sisters around us: masking, vaccinating. Some amongst us are either differently-abled or have special needs; some can’t access these protections. We, who are able to, could choose to protect each other, even if it inconveniences us as individuals.

So many choose to turn their backs instead.

I feel sadness as I reflect on these online events, and it’s not just that I’m nursing a singed throat. Being a “good girl” and following the rules, writing boring letters of recommendation: Are these liberal characteristics?

Are we in an era where the 2,000-year-old-fashioned belief of being your brother’s keeper is … political? 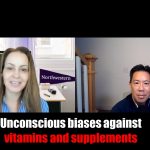 Joy is our antibiotic. Let not your stings fester. 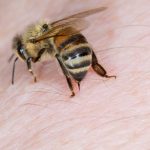