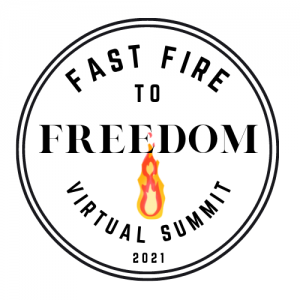 This article is sponsored by the Fast FIRE to Freedom Summit.

“Abundance mindset just seemed too simple to really be the solution. But I couldn’t deny the evidence … and that allowed me to loosen up to the possibility that maybe mindset is really the key.”

Chris was gleeful as he told me and my husband Kenji this. Downright giddy. He laughed throughout our interview as he marveled at how his thinking had changed since he had taken our course, Zero to Freedom Through Cashflowing Rentals. He couldn’t get over how much he had benefited from his new, more joyful mindset.

As we continued to interview him, Chris said that he had come to believe that other people’s success did not mean he couldn’t be successful too. He described how he used to hear that, and think he understood it. But now he knew.

And now he’s finding so much more joy in his daily life.

You might be wondering—what changed for our student Chris?

Chris’s mindset transformation happened as he racked up win after win with real estate investing.

As dramatic as Chris’s shift was, it wasn’t unusual. Kenji and I see it all the time with the physicians we’ve taught how to invest in real estate.

Chris had stopped clinging to his childhood beliefs about money (“money and wealth are for other people”) that left him feeling inferior. Instead of thinking there was only so much success to go around, he had a replacement belief (“there’s more than enough for everybody.”)

He credits his newfound “abundance mindset” for the change in his life. “It’s amazing how something that sounds so simple—“A positive mindset will make your life better”—can have such a profound effect. I knew that’s what I should do, but it was until I started actually doing it, that my life changed.”

What is a scarcity mindset vs. an abundance mindset?

The concept of the scarcity and abundance mentalities comes from the classic book, The 7 Habits of Highly Effective People by Stephen Covey.

But first, I need you to imagine a pie. Key lime, apple, chocolate—whatever you fancy.

A scarcity mindset tricks you into thinking that there is only one pie in life—and if someone gets a big piece, there’s even less pie left for you.

In contrast, we have an abundance mindset. An abundance mindset shows you reality: there are many pies in life! So there is enough for everyone! (And not everyone has to eat the same kind of pie. Even better.)

Covey wrote that most people are “deeply scripted” in the scarcity mentality. They think that whenever one person gets something, it takes away from everyone else.

As a result, people who live in a scarcity mindset feel isolated and alone, and believe they’re in constant competition with others. Not surprisingly, they avoid being around people who have achieved or done more—because they’re avoiding feeling inferior.

Most of us have a tendency to live in scarcity. For physicians, it certainly doesn’t help that some medical schools graded on a bell curve in the past. With that system, if someone did well on a test, it did result in others doing worse.

Our student Chris had lived in scarcity for the majority of his life. He reported that when he saw other students having real estate success, he felt jealous, resentful, and even angry about their success. He told himself they were lucky. That success could never happen for him.

Abundance “flows out of a deep inner sense of personal worth and security.” According to Covey, people who have an abundance mindset share “prestige, recognition, profits, decision making” with others.

Instead of avoiding people who are more successful, they actively seek them out. People with an abundance mindset open themselves up to being around people who are pushing them to think creatively and grow. They’re open to working with a team.

What is the result? They become better themselves.

I’ve seen this happen again, and again, and again in our community of physician real estate investors and their partners in our Semi-Retired MD Facebook groups. Instead of feeling jealous of others’ success, they feel inspired by their success. They see other people’s accomplishments as examples of what’s possible for themselves, not as reminders that they can’t win.

The abundance mindset brings joy because instead of resenting other investors’ success, they celebrate those successes. Other investors’ happiness is their happiness, too!

So how do you cultivate an abundance mindset?

Because scarcity is so naturally ingrained in our collective psyche, cultivating abundance takes time. Even once it becomes a habit, I’ve seen how stress can’t make all of us revert to scarcity thinking.

Something I heard in my mastermind with renowned business leader Keith Cunningham comes to mind. “How do we grow so that problems are reframed as opportunities? That’s what we’re trying to do, and that’s a never-ending process.”

I think the practice of cultivating abundance is parallel to recognizing problems as opportunities. Changing our minds requires diligence and effort—but it’s well worth the joy, community, and success it brings as a result.

So where can you go to see the abundance mindset in action (and witness your fellow doctors’ successes)?

You’re invited to our first-ever Fast FIRE to Freedom Summit, happening online (so, virtually) August 17 to 20th. It’s free for all to attend if you register here.

But more importantly? The Fast FIRE to Freedom Summit is based in abundance.

The Summit will let you share the successes of fellow physicians and their partners in real estate investing. These are doctors who mostly started investing in real estate within the last two years. They’ve done incredible things in a short period of time.

The whole point is to celebrate each others’ successes, because we can learn from them to be better real estate investors ourselves.

Their success and their joy is available to you, too. If you’ve ever felt trapped, stuck, or like Chris, that “money is for other people, not me,” we hope you’ll join us.

Sign up for the Summit here. There are two tickets: Free, and VIP. The first 25 people to sign up can get a VIP Pass for free! Use code KMDS21 when you enroll (you may need to enter the coupon manually).

A physician's COVID message to patients 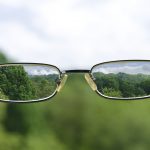