Oh, how the tide has turned. Three months ago, COVID was ravaging my homeland, India. The Delta variant was burning through the country like an uncontrolled wildfire. People carted dying relatives town to town, desperately seeking hospital beds or a whiff of oxygen. A cousin in India said, “COVID is not taking lives, just the beds. Lack of oxygen is taking lives.”

I watched India’s suffering unfold and felt guilty for living in one of the world’s most resourceful and scientifically advanced countries. My homeland was floundering, but at least my other homeland — the U.S. — was finally on track.

104 million Americans had been vaccinated. The Pfizer vaccine alleviated the worst outcomes of the B.1.1.7 and B.1351 variants. Adolescents aged 12-15 were gearing up for vaccine eligibility within days, and the CDC was reporting the U.S. could see a sharp decline in COVID cases by July if nationwide vaccinations continued. Health care workers had proper PPE, millions of people were getting vaccinated each week, and infection rates were declining steadily. We could finally see Spring’s light at the end of the year’s tortuous dark tunnel. Our country was in the home stretch.

Now the Delta variant is here and I have to wonder, Who were we kidding? We don’t live in a world where vertical borders prevent airborne particles from crossing time zones. Planes and boats carry viruses from one country to the next like microscopic stowaways. The virus doesn’t abandon ship. It mutates, and adapts, and colonizes.

We had a real chance to strangle this monster, to show the rest of the world how it was done, to help them all in the process. We let that chance slip away. Not everyone and not everywhere, but enough people got complacent. Some waited for herd immunity to carry the load—a number that crept from 60 to 70 to 85 percent, depending on what you read and when you read it—and others just figured it would pass. Now the Delta variant, the same one that tore through India and Great Britain, has twisted out of our flimsy grip and is roaring with laughter.

Misinformation. Political discord. Vaccine hesitancy. The bottom line is our vaccination rate faltered. The CDC reported that on August 1, 2021, approximately 400,000 Americans received their first COVID dose. While that seems high, it’s less than a quarter of the peak in mid-April. We haven’t maxed out eligible people (only 58.1 percent of eligible people were fully vaccinated as of a week ago). We’re maxing out the number of people who know COVID’s real repercussions are far worse than the vaccine’s feared ones.

The U.S now has the third-highest rate of vaccine skepticism among 15 of the world’s largest economies. Our vaccine surplus is so large the FDA extended Johnson & Johnson’s vaccine expiration dates to avoid throwing out perfectly good doses. Less than a week ago, President Biden announced the U.S. has donated and shipped more than 110 million doses to 60 countries. While I applaud the humanitarian effort, I question the fate of those doses if the 41.9 percent unvaccinated eligible people in our country had wanted them.

It makes me wonder: Why does science take a backseat to unsubstantiated pseudoscientific claims?

Spreaders of vaccine disinformation fill their social media accounts with statements questioning COVID’s existence and purporting unproven treatments (never mind the fact that we wouldn’t need treatments if COVID didn’t exist) with little to no peer-reviewed scientific research to support their anti-vaccine claims. According to Imran Ahmed, CEO of the Center for Countering Digital Hate, twelve people — the “disinformation dozen” — produce 65 percent of the shares of anti-vaccine misinformation on social media platforms.”

Is it easier for some to believe that a science-backed treatment is inherently more dangerous than an unknown herb plucked from a field? Perhaps. But what do they say to the approximately 216 kids hospitalized daily in the U.S. over the past week, particularly in areas where vaccine coverage is low? Bad luck? You weren’t strong enough? What would have made them stronger?

Yes, there are measures underway to increase vaccinations—full FDA approval, social media crackdowns on misinformation, and government, company, military, and college mandates. But let’s be honest, many Americans are fighting these measures, as they will fight future mandates, and the next vaccine.

Only two things can change how non-vaxxers perceive COVID vaccines: education and trust. We need to sincerely hear their reasons, and then gently clarify misinformation—vaccines don’t introduce disease into our bodies. They stimulate our immune systems to obtain immunity without getting the disease. Vaccines don’t alter our DNA. Their safety has been tested. Medicines have potential side effects, but illnesses have definite ones. COVID kills indiscriminately; vaccines don’t.

Trust is harder. How can we help people trust these vaccines? I suppose on a deeper level, it’s more about trusting the people that make the vaccines. Big pharma, for-profit companies—sure, they are the money makers. But behind the scenes, the vaccines are created by men and women who’ve accepted the charge to make this world—not just individuals—safer and healthier. They’ve spent years studying, researching, and testing potential vaccines with dedication and patience, including the mRNA technology in COVID vaccines. Just because the COVID vaccine’s rollout was fast-tracked to combat the pandemic doesn’t mean the scientists cut corners in designing and testing it.

Unfortunately, we don’t have the luxury of slowly educating and gradually building trust. COVID is terrorizing our planet now. The world is shaking its heads at the U.S., wondering what happened. We were supposed to be the leader. This morning, an aunt in a small town in India sent me a WhatsApp message: “I have taken the vaccine … the positivity rate has gone down … I am worried for America … how r u?” I don’t know. America, how are we? It’s not too late to destroy this monster, but if the unvaccinated remain unmoved, it will be soon.

Anita Vijayakumar is a psychiatrist. 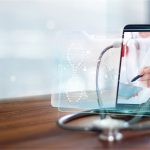 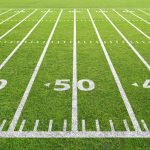