A few months ago, I submitted an article to KevinMD summarizing a narrative review I compiled grounded in advocacy journalism asserting that Accreditation Council for Graduate Medical Education (ACGME)-regulated: 1) work hour maximums, and 2) U.S. Department of Labor’s Occupational Safety and Health Administration’s (OSHA) misclassification are the leading drivers of preventable occupational injury for house staff that are also most amenable to systematic, specific, actionable, efficient, feasible, meaningful change, a SMART goal for reform.

Given the complexity of the issue, mired not just in shallow and incomplete interpretations of the peer-reviewed literature that often fail to account holistically for humanitarian impacts of policies. Still, also in history, ethics, and professional culture, I needed to find one theme on which to center. The standard means of reform had failed; humane change had been weakly trialed and quickly reverted. So, a novel way to communicate the depth and urgency of the issue was needed so that it could be heard with enough fervency that it may be acted upon — but what could connect all of this, and simply? I thought of what mattered most: the cumulative life, both length, and quality, that had been lost by house staff, in both practice and perpetual individual and collective advocacy with little systematic gain. And I realized that the main theme was that for which I was advocating: time.

Time is life in its purest scientific and poetic form. It is a predictable objective scientific truth, as quantifiably measured as a constant but also affected by other dynamic forces like space and velocity. It is subjective in that it can feel like its speed is changing even when it remains steady, and we can temporarily manipulate its meaning for our own practical gain as in Daylight Savings Time.

We experience it as linear, but in Albert Einstein’s theory of relativity, it is its own dimension, and in the theory of Eternal Return shared cross-culturally throughout history, a cycling. We attempt to put a value on it for which none can be universally found, being simultaneously elusive and final. But we can also quantify its value, especially when framed in a for-profit society and medical system as a financial rather than spiritual loss, as in the $4.6 billion lost per year in the U.S. due to physician burnout/moral injury/occupational rights violation. Altogether, these ineffable, priceless qualities make the protection of the individual’s right to their own time not only ethical but sacred, especially within an occupational setting in which such rights can be infringed — and absolutely when it is causing clear harm to the employee.

The concept of time — the laws of nature, its functions within the human mind and body, birth and death, our past, present, and future, light, and shadow — provided a symbolic understanding to bring clarity to and explanation of the fundamental need to preserve and defend, through policy, the right to sufficient personal time so that house staff may work to live and not live to work. And it is an ethical imperative in its own right to first do no harm to those with whom we charge with doing the same for the public, and whose stress-induced loss of health and productivity in both the short- and long-term affects health costs and quality.

This narrative review suggests 1) a work hour maximum of 65 hours per week and 16-hour maximum shift lengths with strict enforcement and whistleblower protections, as well as 2) OSHA reclassification to include house staff under its protection as employees. How will the cost and shifted work be accommodated without transitioning it to similarly overburdened attending physicians? With ever-ongoing, continuing advocacy to increase residency spots through Medicare, as well as restructuring and improving transparency in the process of financing by which training programs profit per trainee. Increasing/improving swing shift coverage and using evidence-based patient handoff solutions like I-PASS can result in valuing both house staff and patient safety.

Additionally, welcoming advanced practice providers (APPs) into clinical care teams to the top of their licenses while maintaining appropriate clinical training and supervision regulations/standards can increase access to safe, cost-effective care, improve interdisciplinary teamwork and avoid historic scope of practice battles for professional licensure while also centering patient safety. Universal work hour maximum reductions and OSHA reclassification are not panaceas for the harms caused to the biopsychosocial-spiritual health of house staff through training but are asserted through thorough study to be those most amenable to systematic, specific, actionable, efficient, feasible, and meaningful change. They are not a panacea for the ills of a malignantly profit-driven society and health care system in the United States that fail their duty to protect the population, but they are a modeling of ethical practice for an institution that claims to support health, safety, humanity, ethics, and systematic process improvement.

If medical training organizations, like the ACGME, tasked to regulate and protect the rights of house staff to a safe workplace will not do so when reform is attempted via the standard channels, it must be demanded with steady, persistent force by a diverse community with shared stake using a unified, clear, informed, attainable message.

It must be demanded for the house staff who do not have the power, energy or time to fight, and for those who do but are incompletely heard, silenced or can only institute change in their immediate environment rather than uniformly and systemically across programs. For the physicians who have moved past training and do not want to look back, even those who nostalgically remember the growth periods and meaningful relationships forged (because they undoubtedly also existed) but forget that we can attain and promote work-life balance in medical training and practice, both efficacy of care and the employee’s right to adequate personal time. For other members of the health care team whose occupational functioning is impacted by fatigued and stressed house staff, and for the personal time lost by attending physicians who carry the weight and effect of dysfunctional occupational culture normalization of life-time lost from their own training through the rest of their practice, to their families and patients and into medical training and health care systems ad infinitum. In the words of novelist Nathaniel Hawthorne, “Time flies over us, but leaves its shadow behind.” And it must be explained to and supported by patients, the public, who will be treated or have a loved one treated by house staff pushing limits that physiologically and psychologically cannot be pushed, even though polls support that the public does not want the risk. It’s time for the ACGME to reduce house staff weekly and shift-length work hour maximums and reclassify them as employees, rather than students, to allow for their protection under OSHA.

In the early 1920s, author Virginia Woolf was asked to deliver a talk on women in literature that became her 1928 novel “A Room of One’s Own.” Within it, she drew from her own life, history, and the titans of early female literature while navigating a lack of women’s equality in a world dominated by malignant patriarchy — by design rather than natural progression or accident, a position historically won by aggression and control rather than logic or humanity, a poetic corollary to the current consideration. Her pragmatic thesis was that in order to be one’s most effective, fulfilled and clear creative self, especially as a writer but perhaps more broadly in the sense that all work requires creativity and cognitive freedom to be most whole, authentic, and effective, one requires basic financial security and private physical and intellectual space. As I pondered the parallels between her world and frame and that of house staff occupational rights violations, of the ways in which time changes yet stays the same, I considered that what Woolf may have been advocating for was time itself.

“Never doubt that a small group of thoughtful, committed citizens can change the world. Indeed, it is the only thing that ever has.”
– Margaret Mead, anthropologist, author, speaker

Should physicians invest in cryptocurrency? 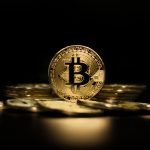 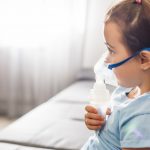