I just tested positive for COVID-19.

I was vaccinated earlier this year.

I am confident I will get through this.

I received two doses of the Pfizer vaccine earlier this year, and I just tested positive for COVID-19. It’s almost comical that I am positive now. I worked as a resident physician in the hospital from the beginning, during the first surge, and through August 2020. Since then, I have been working remotely. I received my vaccine as soon as it was available to me, yet, I get sick now? To my knowledge, I was not exposed to anybody displaying symptoms. However, this is understandable given the ease at which the new variants spread.

I began experiencing some congestion a week ago. I recently moved back to my hometown, where I have had bad allergies in the past. I initially brushed it off, as it was extremely mild, and I had other more likely explanations. Hindsight is 20/20.

I became more concerned when I had worsening fatigue. I decided to take stock of how I was feeling. Suddenly, I noticed other odd things. I realized that everything I ate tasted the same. No flavors. Spice felt like heat. I could only discern texture. My concern grew as I thought about my ability to smell. I stuck my nose in several candles and even close to my kitchen trash can, which I needed to empty. Nothing.

At this point, I knew I needed to be tested, so I registered for a free PCR. After completing it and returning home to isolate, I obsessively checked the status of my sample for the next 48 hours. As time passed, I became more convinced that I had COVID, and the test ultimately proved it.

As I looked at the word “positive” highlighted in red, I was shocked. I thought I had made it through the period where I was most at risk. Honestly, as I write this, it still feels surreal, and I woke up the morning after the result thinking I had dreamt the whole thing. However, I also felt secure in knowing that I have a slim chance of severe illness, thanks to the vaccine.

Yes, I am scared. Yes, I am worried. Yes, I don’t feel my best. However, I know that I would likely feel much worse if I had not received the vaccine. My anxious thoughts would have focused on the chance of hospitalization or even death. Would I continue to worsen? Would I need to be on high flow oxygen … or a ventilator? Would I be able to go to the hospital, given the lack of beds nationwide? Thankfully, those worries are not going through my head but are likely in the minds of many others.

Fear is rampant right now, and disinformation is all over the internet and social media. These are just as contagious as the virus itself. People do not trust those trying their hardest to help the country and the world get back to normal. We have the tools to get through this, so why are we not using them?

Throughout history, many chaotic events occurred or were heightened due to fear and misinformation. A brief but frightening example is the Salem witch trials, a period of panic created by the spread of false information. In pop culture, a film eerily reminiscent of what we are currently going through is Contagion. I remember watching it in 2011 and contemplating the fear it instilled. The pathogen in that film also caused a respiratory illness. It was deadly and spread rapidly, and panic ensued. What terrified me the most was the invisible threat of the pathogen. However, the fear that it caused the public was just as detrimental, exacerbated by the spread of information that was not always factual.

Well, now what? How do we stop the disinformation and the resulting fear that is spreading faster than the virus itself? Sometimes I wonder if it is even possible. However, it comes down to trust. We need to trust our scientific leaders. We need to trust our public health officials. We need to trust the exhausted health care professionals caring for patients day after day, night after night. But, unfortunately, trust takes time, especially after the trauma that began in 2020 and is still ongoing, spurred by the amount of false information out there.

Continue to educate. Continue to share stories. Continue to push back against the disinformation. Vaccines save lives, and I am saying that both emotionally and factually, as a physician who is vaccinated but also positive for COVID-19. I trust the medical and public health leaders who are working day and night to get us through this. I hope you will too.

Alison Yarp is a physician consultant. 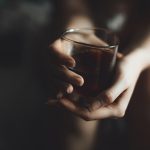 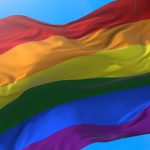