In 1979, the Soviet Union invaded Afghanistan to uphold its current Communist government. Opposed to the foreign invasion of their country, many rebel groups, collectively known as the Mujahideen, rose up in arms to fight the Soviets. Since it was the height of the Cold War, the American government saw an opportunity. Using the CIA and other intermediaries, the United States supplied the Mujahideen with weapons and finances, which worked to drive out the Soviet Union in 1989. With the fall of the Soviet Union two years later, America thought they had accomplished their mission.

However, fighting in Afghanistan continued within the Mujahideen until 1996, when the Taliban wrested control. Originally formed from remnants of the Mujahideen that flourished under American assistance, the Taliban implemented strict laws concerning religion, women, and social rights. Despite the Taliban’s numerous human rights violations, America rarely stepped in to help groups rebelling against the hardline group.

Then, 9/11 happened. With an axe to grind, America gave ultimatums to the Taliban government to give up al-Qaeda leaders (surprise, another group whose leader America debatably may have assisted during the Soviet invasion), or they would invade. Operation Enduring Freedom launched in 2001, ousting the Taliban and ushering in an Afghani democracy. However, America did not have a route of stabilization. The Taliban insurgency continued, the American-led presence contributed to thousands of deaths, with no plan to let the Afghani people lead without any assistance.

OK, this is a tragic history. But you’re a health care provider in America. Why does it pertain to you? Well, let’s look at how the United States has dealt with COVID-19.

On January 21, 2021, the first COVID-19 case was reported in Washington state. Lockdowns ensued 2 months later as cases skyrocketed due to inadequate public health protections because, well, America politicized a virus. Instead of leading a coordinated effort with mask mandates and social distancing, the United States opened up at different times, leading to confusion and recurrent disease waves lasting into 2021. I really do not need to tell you the rest: more than 600,000 people currently lay dead in the United States from this devastating disease.

When vaccines arrived, there was a glimmer of hope. Now, at least, there was a chance at a sense of normalcy. With the rapid increase in vaccinations in 2021, cities and states alike began opening up, grasping at the notion of a pre-pandemic America. At the same time, the Delta variant was beginning to ravage India, leading to calls to open up vaccine patents to assist vulnerable populations globally. American companies, such as Pfizer and Moderna, resisted, worrying about the loss of profit that could ensue. Despite the U.S. government supporting a vaccine patent waiver, highly effective vaccines still lay protected under patents.

This August, we have seen the direct consequences of short-sighted American exceptionalism. Did we beat the Soviets and oust the Taliban out of power? Yes. Did we, through American companies, develop highly effective vaccines to fight a deadly disease? Yes. Both these accomplishments were widely heralded at the time, and seen as an example of why America could complete the goals it set out to achieve.

However, after 20 years of war and nearing the 20th anniversary of 9/11, the Afghani government has fled, and the Taliban is in control again after an American withdrawal. Panicked civilians are rushing to the Kabul airport attempting to flee the advance of the feared militant group, while America has simply evacuated its personnel/civilians and offered little to no protection to the native population.

In addition, the Delta variant, uncontrolled due to a lack of vaccinations and treatment abroad, is in full swing in the United States, affecting vaccinated and unvaccinated individuals alike, though more severely in unvaccinated populations. Despite these conditions, there are governors threatening to withhold funding to school districts that pursue mask mandates. Anti-vaccination propaganda is stronger than ever, firm-rooted in the American tradition of “every person for themselves.” Health professionals, including probably yourselves, have urged Americans to be vaccinated, only to fall on deaf ears of conspiracy-minded individuals.

Overall, America has shown that it is great at making Band-Aids, especially when it directly affects us. There was a chance to provide the Afghani people a transition to democracy with a system that would not rely on foreign nations for assistance. Instead, the continued American presence led to more than 150,000 deaths overall, displacement, and little trust in the newly-formed Afghani government, as our interests were focused on eliminating terrorism to stop affecting American interests, rather than the conditions that bred terrorism in the first place. We have left Afghanistan in a state of complete disarray and a cornucopia of health inequities, including unexploded ordnance, destroyed infrastructure, and no support system for any government to run the country.

Similarly, vaccines were a great accomplishment. Cases were dropping significantly. However, the individualism that America fosters backfired, both domestically and internationally. Individuals refused to get vaccinated, and in addition, refused to adhere to mask mandates, leading to a surge in negative outcomes. Texas ICU beds are nearing capacity, and my alma mater’s hospital, at Vanderbilt University, is completely full, as they plead for individuals to get vaccinated. Vaccine patents are still not open for wide, global use, and the lack of availability of efficacious vaccines during India’s surge likely led to the Delta variant’s easy insertion into the United States. In summary, we see how America has always prided itself on accomplishing its objectives, but seldom understands how its actions and philosophies will translate in the future.

Right now, we cannot reverse the past. The least we can do in Afghanistan is contribute to campaigns to assist Afghans fleeing the Taliban advance and provide assistance to those who cannot flee. Our moral obligation is to fight for an increase in our refugee cap to assist Afghanis who risked their lives for a better future only to be rewarded with the same situation in which they began. If you hear of Afghan refugees coming into your community, welcome them, set them up with health care, and assist them in achieving the future we promised them 20 years ago.

With regards to COVID-19, continue encouraging individuals to get vaccinated, and wear masks to prevent the spread of the disease. Follow public health guidelines yourselves. Lastly, in regards to both crises, let’s push America to stop only thinking about its own interests, but rather, those of humanity. If we do not, another Afghanistan or COVID-19 is just around the corner, and our country is running out of excuses to prevent catastrophes.

Adithya Sivakumar is a medical student.

Doctors: You can increase voting in the U.S. [PODCAST] 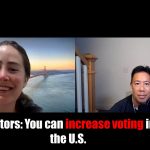 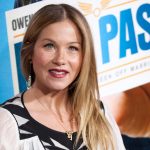