I had an uneasy weekend.

On the one hand, I was watching the COVID-19 figures around the country and in my region of KwaZulu-Natal. We are waiting for the third wave to hit our hospital. Last week we stopped planned surgeries and reviewed our planning and capacity to deal with the surge.

On the other hand, I had been sunk by the images and reports of violent protests related to the imprisonment of our former president on the charge of contempt of court.

Last year the local provincial department of health closed my hospital following an early community outbreak of COVID-19. The bottom fell out of my practice. I had obliquely thought about the chances of this happening, but the scenario where my patients would dry up, and there would be no work seemed impossible. But it happened. I still don’t think that should happen to an orthopedic surgeon, but it happened again this week.

I had a small case planned for surgery on Monday. The patient was supposed to have had the procedure three weeks ago, but she tested positive for COVID-19 at the time, so surgery was delayed. She remained asymptomatic and was booked for surgery on Monday without needing another test. There is a lesson in that for people and companies who expect a negative PCR COVID-19 test to return to work (or to attending mass parties or sports events) after a positive COVID test. My patient called the hospital early on Monday morning to cancel surgery as the road she needed to travel was blocked by protestors. Violent protestors. My adjective. I have seen the damage to the roads with my own eyes. I have been too scared to risk driving up to a protest. I want to keep safe.

I had consultations booked after my Monday morning surgery. As news filtered through the hospital group and patient grapevine (I do not use social media), all my patients booked for consultation were postponed. The next day I decided to cancel all consultations for the week.

Monday was the start of my week of orthopedic call for my community hospital. We are not a level one trauma unit, so we deal with community accidents that often stay overnight and have planned surgery the next day. I don’t work at night except before COVID when I had big operating slates that took 12 or 14 hours to finish.

My first and only patient in my office on Monday was a local carpenter who had broken his toe while fishing the night before. He was a pleasant and polite man. He was very happy when I reduced the fracture under local aesthetic and sent him on his way.

Then I did a ward round. I have a patient who is lingering for medical reasons but whose hip replacement is fine. Then I was called to see a new admission. At 8:30 a.m. A 24 year old smartly dressed lady had been involved in a motor vehicle collision at 2 a.m. earlier in the morning. Remember, we have a curfew from 9 p.m. to 4 a.m. So I asked why?

“I was at an after-tears funeral party.” I have an ounce of Irish blood in me, so I understood about wakes but was not in the mood.

“Were you drinking and driving?”

I examined her. She had minor injuries but needed a CT scan to exclude anything major. So I said we would book it and that I would order some standard blood tests.

“I will also do a blood alcohol level. I am asking you for your consent to do that.” She was stunned and said nothing, so I walked off.

An hour later, the laboratory technician called to say the patient had refused the blood alcohol test. I did not need the result to know why she had the collision.

At home later on Monday afternoon, I took two calls within thirty minutes of each other. The apologetic trauma doctor was referring a  patient who was shot in the leg. And then another who was shot in the thumb. Stray bullets. They were both admitted on antibiotics and painkillers and had a COVID test. I made a few calls to book surgery for them the next day. No answer at the hospital. I called the manager.

“We don’t have staff. I don’t know when you can do them. All the other hospitals are in the same situation, so we cannot refer out.”

I swore to myself. I was angry that I had to deal with a drunk funeral reveler and people shot by stray bullets. South Africa has a problem with stray dogs too, I thought to myself.

Then a general practitioner who is close to me called. His wife had just fallen, and she had broken her wrist. It was deformed.

Normally I would say and organize at the same time: “Let’s get her admitted. Take her to the trauma unit. Get an X-ray. They can put a splint on and elevate it. She can have morphine overnight, and I will operate in the morning.”

Instead, I had to apologize. “We don’t have capacity at the moment. No one has. Can you put a splint on her and keep her comfortable at home? If you need morphine, call me, and I will arrange with the night super. I am sorry.”

It was not even the end of the first day of the week, and this is what had happened. My hospital has been closed again. Not by COVID, but by violent protests in a young African democracy that should have grown wiser by now. 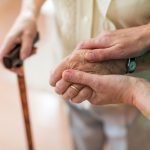 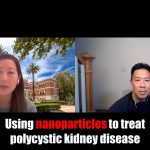