Increased prevalence of ophthalmic diseases due to continued population growth and aging requires an increase in the number of ophthalmologists nationwide. Multiple sources, including the National Eye Institute (NEI) and the American Academy of Ophthalmology (AAO), report that the number of people with the most common eye diseases will double between 2010 and 2050. This includes the elderly suffering from long-term eye diseases such as cataracts, age-related macular degeneration (AMD), diabetic retinopathy, dry eye disease, and glaucoma.

Thus, the estimated prediction of the total number of people with visual impairment is growing due to a rapidly growing elderly population. According to the Association of American Medical Colleges (AAMC), people over the age of 65 currently account for 34 percent of the demand for physicians, while they will account for 42 percent of the demand by the year 2034. 2.71 million people in the United States were diagnosed with primary open-angle glaucoma (POAG) in 2011, and it is estimated that 7.32 million people in the U.S. will develop POAG by the year 2050. The highest per capita POAG burden is estimated to double in Florida, Texas, and New Mexico in the next 40 years.

Consequently, there is an enormous need for ophthalmologists throughout the nation, and while this need is increasing, around a quarter of current ophthalmologists are reaching retirement age. Within the next decade, more than 2 out of every 5 current physicians will be of age 65 or older, according to the AAMC. Data shows physicians are already suffering high levels of burnout before the COVID-19 pandemic, and with this pandemic, the additional physician depression and burnout could convince physicians to expedite their retirement.

Therefore, a current number of active ophthalmologists is insufficient to treat the growing elderly population and the increasing eye diseases in the nation. This challenge of not having enough ophthalmic workforce will become even more alarming in the future with the added stress from COVID-19. It is important to take the initiative now to encourage the growth of more training programs and increase exposure to the field in medical school to meet this growing need. The top three reasons why medical students did not choose a career in ophthalmology were insufficient interest, lack of exposure in the field, and the feeling by medical students that the field is too specialized. The same study also suggests that increased exposure to the field early in medical school could be an effective strategy to increase interest among students. Thus, more robust data is necessary to further evaluate our growing need for ophthalmologists in the U.S. and how to appropriately respond to this need.

Eyesight is a beautiful gift, and ophthalmologists as the protectors of this gift are needed now more than ever to preserve eyesight and treat eye conditions for as many people as possible.

Jeslin Kera is a medical student. 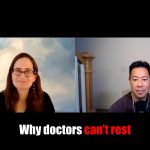 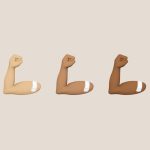 The need for ophthalmologists is greater than ever
3 comments