Daily cries from parents, pediatricians, the press, and the public to reopen schools in the fall are certainly well-intentioned, but they are overlooking a critical opportunity to advance adolescent physical and mental health long after the COVID-19 pandemic is over. Delaying school start times for teens by an hour, or even two, could optimize a teen’s sleep and their ability to learn throughout the day.

Sleep is critical for teen health and learning

Adequate sleep is critically related to adolescent mental health, wellness, learning, and even safety. During a period of unprecedented challenges for teens, one benefit to the new virtual school experience has been the later start times. Teens who started their school day by logging onto class closer to 9 a.m. experienced first-hand what research has long suggested: later school start times help teens thrive. Gone was the morning rush for families to draw drowsy teens out of bed, often skipping breakfast to get out the door in time for early morning lessons, followed by long, over-scheduled days.

If we can overcome bureaucratic obstacles to rapidly and successfully launch telehealth services and virtual learning, why can’t we use the same drive and resources to implement evidence-based recommendations to delay school start times?

One of the few silver linings of the pandemic was the positive impact that later school-start times had on many teens and families. We have heard from families in our practices how this experience with later remote school start times increased their sleep during weeknights, decreased Saturday sleep-ins needed to recoup lost sleep, allowed for family breakfasts, and cut out risky drowsy-driving commutes. Many families have now seen the significant benefit that later lessons can afford; teens feel physically and mentally better, have more energy, and are able to focus better during lessons. They also report not dreading mornings as much — isn’t this something we wish for everyone?

As clinicians caring for teens and advocating for their health and wellness throughout this pandemic, and as parents ourselves, we have seen adolescents experience loneliness, depression, anxiety, restrictive eating, learning loss, and school difficulties this past year. A common thread in these clinical encounters is the role of sleep, and most often the role of inadequate sleep. We share teen-centered “sleep hygiene” tips with families and adolescents on auto-pilot, but we cannot continue an unfair fight against teenagers’ biology.

Adolescents have a biological need of approximately 9 hours of sleep per night. However, studies have routinely shown that upwards of 75% of American teens obtain on average 7 hours or less. For pre-teens, some as young as 11 years old, there is a natural biological shift in the circadian rhythm by one to 2 hours, meaning that there is a natural delay in the brain’s secretion of melatonin, leading to later bed and wake times. As a result, the biological shift in the circadian rhythm makes it very difficult for teens to fall asleep early enough (read: before 11 p.m.) to obtain sufficient sleep, given the early school start times in most school districts. Their bodies are just not ready for bedtime.

Research has shown that later school start times lead to more sleep, with many adolescents able to get at least 8 hours of sleep per night. Academics, attendance, mood, and graduation rates all improve. Decreases in caffeine use, depression, drowsy driving and car accidents, and sports-related injuries are also reported. As a result, many professional organizations including the American Academy of Pediatrics and American Academy of Sleep Medicine, and even the CDC have strongly recommended a school start time of no earlier than 8:30 a.m. for adolescents.

Most middle and high schools start before 8:30 a.m.

Despite the abundant research, most schools have rejected the recommendation, citing parents’ work schedules or childcare issues, logistical issues such as bus schedules, and after-school conflicts like athletics that go into the early evening. Every school district is different and has varying challenges and needs. Creativity is key and working together to be flexible (sometimes across districts) with busing, athletics (including investing in flood lighting where feasible), and after-school programs is paramount.

Some argue it would be problematic for younger children to shift to earlier school start times — which could happen if teens started later due to bussing schedules flipping — but a recent study following children and teens through a start time change found that this is not true. While it is extremely tough for teens to force sleep earlier, it is easier for elementary-age children to go to bed earlier because they have not yet had the shift in the circadian rhythm.

Despite these findings, before the pandemic up to 93% of high schools and 87% of middle schools rang their morning bells before the recommended start time of 8:30 a.m.

What is a clinician to do?

Talk to your families and teen patients, and advocate for later school start times in your communities. Youth voices are powerful, so embrace your teen patients as advocates for this change. Now is the right time to ask families to write to their superintendent and principals to inquire about fall schedules.

Clinicians can also write to local politicians for legislature change and provide their expert opinions to schools and education boards. Coalitions of health professionals such as Start School Later have online resources and advocacy tools for families and professionals, as well as details of how some states, like California in 2019, have successfully made the switch. Don’t underestimate the value of lending your physician voice to an informational flyer, Facebook post, or local media outreach.

The COVID-19 pandemic has accelerated needed change in many realms, and in the case of later school start times, many families and teens experienced the real benefits a later start time can bring. The pandemic has not produced many positive long-term effects yet, but pediatricians, caregivers, educators, and mental health experts can seize this opportunity to make lasting and impactful change for adolescents.

Hina Talib is a pediatrician. Shelby Harris is a behavioral sleep medicine specialist. This article originally appeared in MedPage Today.

Why it's important to embrace dialectical thinking 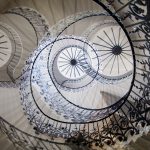 Doing right in the everyday care of patients