A controversial study suggesting that masks may harm children by exposing them to high carbon dioxide levels was retracted on Friday.

The research letter released in JAMA Pediatrics on June 30 had reported unacceptably high levels of carbon dioxide by German standards in air inside masks worn by children in a laboratory environment.

In the retraction notice, the journal editors cited “numerous scientific issues,” that also included questions over the applicability of the CO2 measurement device and the validity of the study conclusions.

“In their invited responses to these and other concerns, the authors did not provide sufficiently convincing evidence to resolve these issues, as determined by editorial evaluation and additional scientific review,” the notice read. “Given fundamental concerns about the study methodology, uncertainty regarding the validity of the findings and conclusions, and the potential public health implications, the editors have retracted this Research Letter.”

The study quickly fell under criticism after it was published. Joseph Allen, MPH, DSc, who studies the impact of carbon dioxide on human health at Harvard School of Public Health in Boston, called the study “terribly flawed” and predicted on Twitter that it would be retracted. His key complaint was that the study failed to account for the outside air that would flood in when the children inhaled.

CDC does not list any known risk to children from wearing face masks, and in fact, recently recommended that unvaccinated children wear masks when school reopens in the fall.

While many areas of the country have dropped mask mandates, Los Angeles this weekend is reinstating its indoor mask mandate regardless of vaccination status as COVID-19 cases and hospitalizations rise, presumably due to the increasing role of the more transmissible Delta variant.

Exclusion of BIPOC from VIP floors in an academic medical center 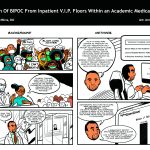 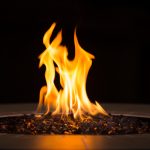