I will never forget the first time my thinning hairline hit me in the face with an openhanded, five-finger slap.

It was in February of 2014, the spring semester of my freshman year in (undergraduate) college. I was only 19 at the time. A then-football teammate of mine and I had placed a bet on the upcoming Super Bowl XLVIII. I had all of my marbles placed on the Denver Broncos, led by future Hall-of-Famer Peyton Manning. My teammate, on the other hand, had his own on the opposing Seattle Seahawks. At the time, we both had decently long hair, so we placed them on the line. Winner keeps his hair, and shaves the head of the losers’ — a classic, No.1 buzz cut.

Unfortunately, Denver’s offense was no match for Seattle’s defense, as the Seahawks trounced the Broncos 43-8. “Bye-bye” Casey’s hair, all by means of a silly bet. To be honest, though, I was scared to see my hair go.

By the time I was a senior in high school, I began noticing inverted V-shaped recessions creeping their ways, bilaterally, in the temporal regions of my hairline. At the time, I did not understand I was transitioning from stage I to stage II with my male-patterned baldness, nor did I realize it was becoming progressively worse early in college.

Androgenetic alopecia (AGA) is a well-described, clinically diagnosed pattern of androgen-dependent hair loss that occurs in up to 50% of men and women.

In susceptible persons (i.e., genetic influence, post-menopause), the primary male sex hormone “testosterone” becomes converted to its much-more-potent counterpart, “dihydrotestosterone” (DHT). This hormone, converted by high levels of enzyme 5-alpha-reductase present in the scalp, helps decrease hair follicle growing phases (“anagen”) while simultaneously prolonging their resting phases (“telogen”). While studies and reviews speculate how this mechanism works, the end result is an accelerated reduction in the number of hair follicles present in the scalp over time.

“But, how can I go bald already? I’m not even 20!” I remembered thinking after looking into the mirror post-buzz cut.

My hair meant everything to me at the time. I was a stout 5′ 11″, 270 lbs, back then, and grew up with a bigger frame throughout my childhood. Unfortunately, I had always felt a sense of insecurity accepting my physical appearance. My dirty blonde hair used to bring me solace whenever I saw it in the mirror. It gave me much confidence in public, especially around college-aged women. Depression, anxiety, low self-esteem, a sense of “ugliness,” and loss of identity — all common comorbidities in people experiencing hair loss, especially men — impacted me as I gripped with this change.

I became the lone “bald” guy on my football team, as none of my other teammates were struggling with the same level of hair loss I was. While I did feel lonely, though, I should have understood that I was not alone. AGA impacts many men, even in their teens.

The American Hair Loss Association (AHLA) stated that AGA accounts for approximately 95% of hair loss in men, with approximately two-thirds of men experiencing appreciable hair loss by age 35 and roughly 25% of men by age 21.

This data is in accordance with other global studies, too. An outpatient-based, cross-sectional study of a dermatology clinic in Turkey published in 2017 reported a prevalence of AGA in about 43% of male participants between the ages of 17-29 with a mean age of onset of approximately 31.

I could have tried Rogaine (minoxidil) to salvage whatever hair I had left. Looking at how thin my hair became at the time it was buzzed, though, I thought to myself, well, maybe it’s time for me to own it and shave it clean. I never looked back, and embracing my baldness changed my life for the better.

Yes, it took a few months to get used to, and I did get called my fair share of names around campus. Every teammate who poked fun at my lack-of-hairline, though, applauded my confidence as I owned it and even joked about it with them. (We must be able to laugh at ourselves, right?)

Even the girls on campus were into my bald head, too! That last part really shocked me, but it seems as though more women are finding bald men attractive, especially into their 30s and 40s. The results of a nationwide survey by Prim & Prep released this past March (2021) showed that roughly 16%, 25%, and 44% of women find men with bald/clean-shaven heads aged 18-24, 25-34, and aged 35-44, attractive, respectively. Among all age groups, approximately 28% of women find clean-shaven, bald men attractive, while 36% find them unattractive. However, 36% of women are neutral (i.e., they do not care).

Another survey of 1000 women released in 2020 demonstrated that about 87.5% of them respond positively when asked about their perceptions of bald/shaved-head men. Being bald and/or having a cleanly shaved head, respondents noted, reflects a man’s self-confidence, especially when he does not try to “camouflage” his hair loss (i.e., comb-over). Confidence, in turn, reflects a bigger picture that women care much more about a man’s personality, such as his humor, intelligence, and sociability. Many women agree that if you can grow nice facial hair, keep up with your physical fitness, and/or rock some solid tattoos, these external traits all coincide well with a clean, head-shaven appearance.

Hair loss can be a very difficult transition for any man, no matter what age you experience it. While you may want to hide it away or even mask it with products, I encourage you to be open and honest with your inner-self, that your hair does not define who you are as a man. I hope these surveys (and many others), as well as the stories shared by many bald men (including me), demonstrate that.

Does the FDA approval of aducanumab mark the return of science-based medicine? 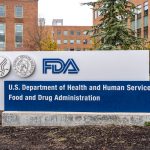 The dark truth of physician burnout 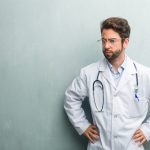