I remember the second I received my first phone call from admissions to a medical school. I was sitting at an airport, after having finished another interview. After putting down the phone, I started to cry. All of those years of hard work had been recognized, and I was finally welcomed into the profession of my dreams. I never thought that I accomplished something less meaningful because it was a phone call from an osteopathic school, not an allopathic school.

Now, as a second-year medical student, who serves on the admissions committee and has faced discrimination against my educational background and my decision to choose DO, I question why some choose to even go into this profession. Of the candidates that I met this past cycle, each one was better than the last – they were, in many ways, more accomplished than I was. On paper and in interviews, candidates seemed eager to choose DO, just as I did. However, having been in the unique position as both a peer and on the admission committee, I can see a discrepancy between those feelings in front of the admissions committee and those in an informal setting.

DOs and MDs are both called physicians, and patients who interact with both call them doctors. Most patients assess their relationships with physicians based on their ability to empathize and connect with them during their most vulnerable times. Rarely do you hear a patient judge or request a different physician depending on where they attended medical school. Thus, the two letters behind a physician’s name seem to matter more to the physician themselves than to the patients they care for.

At the heart of every medical school’s personal statement, applicants convey the message that they want to help patients. The last time I checked, MDs and DOs have the same practicing rights in all 50 states of the U.S. Given the choice between MD and DO, both of which are seen equally in the eyes of the ACGME and, more importantly, patients, why is there still a stigma?

Despite the information that the AACOM and AAMC put out to show the similarities and differences between allopathic and osteopathic medicine, biases, for the wrong reasons, still exist. These biases still exist, not only in the previous generation of physicians, but also in the present. Whether it is due to the lack of understanding or unfounded pride, 150 years of discrimination makes our revered culture and profession no better than the others in American society.

While allopathic medical education has been around for longer than osteopathic medical education, both have the same primary goal – to treat patients. As a member of an admission committee, a current medical student, and your future colleague, I encourage you to remember why you applied or are applying to medical school and your motivations for becoming a physician. Numbers are numbers, ranks are ranks, and a physician is a physician. The perceptions that truly matter are that of the patients you care for.

Colburn Yu is a medical student. 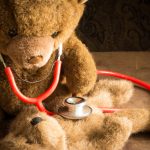 Why it's important for physicians to change the system [PODCAST] 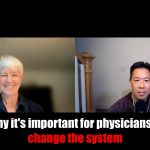 DO and MD: If perceptions matter, which one matters most?
2 comments