You are finger.
No, I have fingers.

You are pancreas.
No, I have a pancreas.

You are cancer.
No, I have cancer.

You are obese.
Hmm …

It is a fact that most people feel shame about “having” fat. It is uncommon to hear people with other disease processes saying things like, “I am hypothyroidism.” Yet, we consistently hear people referring to themselves as “fat.” This is not said in a boasting manner, either: “Hey, I’m so excited; I’m fat!” Instead, it is said as if it is their identity and as an apology for existing. “I’m fat and ugly.” Or, “I’m fat, I’m disgusting.” What these people have internalized from society is, “I’m fat. I have no worth.”

Last week a lovely, elderly gentleman with obesity and type 2 diabetes came into the office to review his lab results. His hemoglobin A1c (a long-term measure of blood sugar) was elevated. We discussed what that meant, why it was important, and a number of changes he could make to best support his health.

“I thought you were going to yell at me.” He said. I suspect I appeared a bit bewildered because he then explained, “All of my other doctors yell at me.” That got me thinking about the way we convey information, and often our inherent biases, to our patients.

Let’s look, for a moment, at what might be considered the opposite of obesity.

Anorexia is characterized by a distorted body image and a compulsion not to eat, often associated with mental or emotional issues. Ultimately, this disorder can lead to severe health issues and death.

How about obesity? Obesity is characterized by a distorted body image and a compulsion to overeat, often due to mental or emotional issues. Ultimately, this disorder can lead to severe health issues and death.

The professors at my medical school went to great lengths to teach their students not to identify patients as their disease. We were taught to say “the person with diabetes,” not “the diabetic.” By disassociating the individual from the disease, we were reminded that the person has a disease, and that they were not the disease. Even so, I don’t recall ever hearing the words, “the person with obesity.” It is a subtle distinction, but an important one – not only for the provider but for the patient, as well. People with obesity need to know that they are seen as people, not as their disease.

Back to the elderly gentleman I referred to earlier. It is unlikely that all of his physicians yell at him. However, he has internalized the message that his caregivers are angry at him. It is very difficult to establish trust and a physician/patient alliance in that setting if we are not aware of how we come across to our patients. Physicians have a great responsibility when it comes to educating ourselves, in addition to our patients. Society, in general, judges people with obesity as lacking in self-control rather than having a disease. Unfortunately, far too many physicians view this condition in the same manner. In these cases, our patients can suffer for our lack of education and our lack of empathy. In this way, we violate the edict to “first, do no harm.”

A morning code blue for a COVID patient 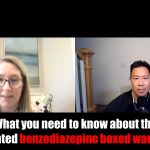