She was listless in bed with agonal breathing — only 63 years old.

Before stage 4 colon cancer claimed my mother, she chose to come home to her house … her bedroom, where she’d stare out her window at the dogwood trees that symbolized the blood of Jesus.

A once-vibrant Italian Catholic and mother of four, she was the perfect wife of an IBM executive. But it was all for show — the large house, the lakehouse, the boat, the sending her children to private school.

But my siblings and I faced years and years of neglect and verbal abuse.

“You can’t go off to college.”

“You will stay in this house while in nursing school.”

I listened to this abuse as I watched my daddy lose his executive jobs, lose his lake house and become a non-functional alcoholic. He was bumping into the walls at night after he drank his daily gallon of wine or case of beer that I had to procure for him.

Mother had the finest designer clothes. She didn’t work. She had a housekeeper. And unless we children could sew an outfit for public school, we were doomed. I couldn’t sew.

I was the laughing stock.

The big house showed wealth and prosperity. The truth was inside — dark, curtains drawn, and constant ridicule.

Somehow, maybe our guardian angels, we strived: one became a teacher with a master’s degree, one a CRNA, one a critical care nurse, and one a civil engineer. But we silently carried our childhood wounds throughout our adult life.

We took turns taking care of our dying mother. It would be my turn. And my two-year-old daughter would stand next to me as she watched me reposition my mother in bed and clean my mother’s bowel movements and urinated sheets.

I felt some obligation as a daughter. But any love for my mother was gone.

I was just a functioning zombie.

Cleaning her bowel movement over and over again and revisiting in my mind the neglect and ridicule and the constant degradation of my fragile ego.

Mother’s best friend came to visit her often. She was given permission to give Mother the last rites. She slowly placed a half-dollar-sized host in my mother’s mouth.

My sister yelled, “Don’t do it; she’ll aspirate on the communion host.”

But mom’s friend felt obligated to fulfill this ritual. So she gave mom “the body of Christ.”

And as predicted, mom coughed and gagged and aspirated and spit out some of the host that lay on the sheets. Now, what do you do with the remainder of the host? The splattered out “body of Christ” was all over the sheets and mixed in with spit.

The hospice nurse stood by administering minute doses of subcutaneous morphine that would never be enough.

But my friend — and hero — told mom, “You can’t die tomorrow. Tomorrow is Friday the 13th. That’s bad luck. And you can’t die on Sunday because that’s Easter Sunday, and the Catholic Church won’t bury you on Easter Sunday. So if you don’t die today, Thursday, they’ll have to keep you in a refrigerated morgue until Monday.”

And so, with the protest from the hospice nurse, mother was crisscrossed with Fentanyl patches because the morphine did nothing.

Then, Her breathing became shallow and agonal. Her once-plump body was wasting away as her wedding ring fell off her finger onto the hardwood floors.

A sound of surrender.

A sound of no more pain.

A sound of never again: negligence and torment and verbal abuse…

But the echoes of abuse live on …

The extinction of our lifelong sadness of a pretend fairytale life comes back to all of us when we least expect it. 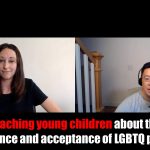 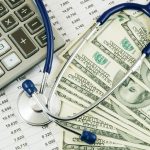 Today is the day you’ll have to die
5 comments